Jamarcus Gaston never intended to be a TV host or a reporter. He never intended to become a familiar Upstate face as the co-host of WSPA’s “Your Carolina” alongside Jack Roper and Megan Heidlberg. In fact, the main reason Gaston ended up here in the first place was to get a degree in what he thought he wanted to do for a living.

“I came to Greenville in 2003,” Gaston says. “That’s when I started my freshman year at Furman. I originally thought I was going to be a high school band director. I was a music education major my first couple of years.”

“I started shooting stories on different lifestyle topics,” he says, “and I offered those stories to the show for free.”

That was all well and good until he actually got to the “teaching” part.

“I’ve been in band since I was in 5th grade,” he says, “but doing work over the summer with kids, I realized that even though music was a big part of my life, I didn’t really want to be in the classroom every day. So, my late sophomore year I decided I wanted to do something different and I’d always been interested in media. I took a broadcast journalism class in college and I had a professor who said, ‘Hey, you’re pretty good at it, and if that’s the career you want, you should pursue it.’ So I did.”

Gaston double-majored at Furman, getting a Bachelor of Arts in music and communications studies. While he was still in school, he began what turned out to be a 14-year relationship with WSPA.

I took a broadcast journalism class in college and I had a professor who said, “Hey, you’re pretty good at it, and if that’s the career you want, you should pursue it.” So I did.

“I actually interned at WSPA the summer between my junior and senior year,” he says.  “I tried to learn as much as I could about the business, and I wouldn’t say no to anything they asked me to do. I really wanted to learn as many jobs as I could, and they were like, ‘You’re such a good worker, please come back after you graduate and work for us.’ So as soon as I graduated and I knew I wanted to work in TV, I applied for a job.”

Starting out in a behind-the-scenes role as a marketing producer, Gaston came up with a novel way to get himself in front of the camera. When the station created a local arts-and-music based show called “Scene On 7,” he created his own content. “I started shooting stories on different lifestyle topics,” he says, “and I offered those stories to the show for free. They eventually started airing those pieces and before long I was promoted to reporter where I would shoot, edit and present my own pieces on TV.”

“My favorite stories are the stories about local businesses and makers,” he says.

From there, Gaston was promoted to be host of “Studio 62,” a weekday television show on the local CW channel highlighting the Upstate’s food, music and arts scene. He spent two years on the show, doing everything from booking guests to designing the set and buying studio furniture. When that show ended, WSPA brought him to “Your Carolina,” where he’s been ever since.

Gaston has had the chance to do just about everything while working from WSPA, from interviewing celebrities to covering a “Survivor”-style game show at a local nudist resort. But he says his favorite kind of story is something closer to home.

“My favorite stories are the stories about local businesses and makers,” he says. “Those are the stories that don’t appear in the nightly newscasts. There’s so much more to our community and luckily, we have avenues to tell those stories. Those people get forgotten a lot of times. Anytime you get to help a local business impact their bottom line, it’s critical.”
jamarcus gaston reporter jamarcus gaston reporter 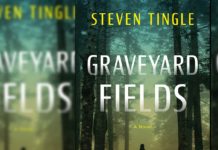