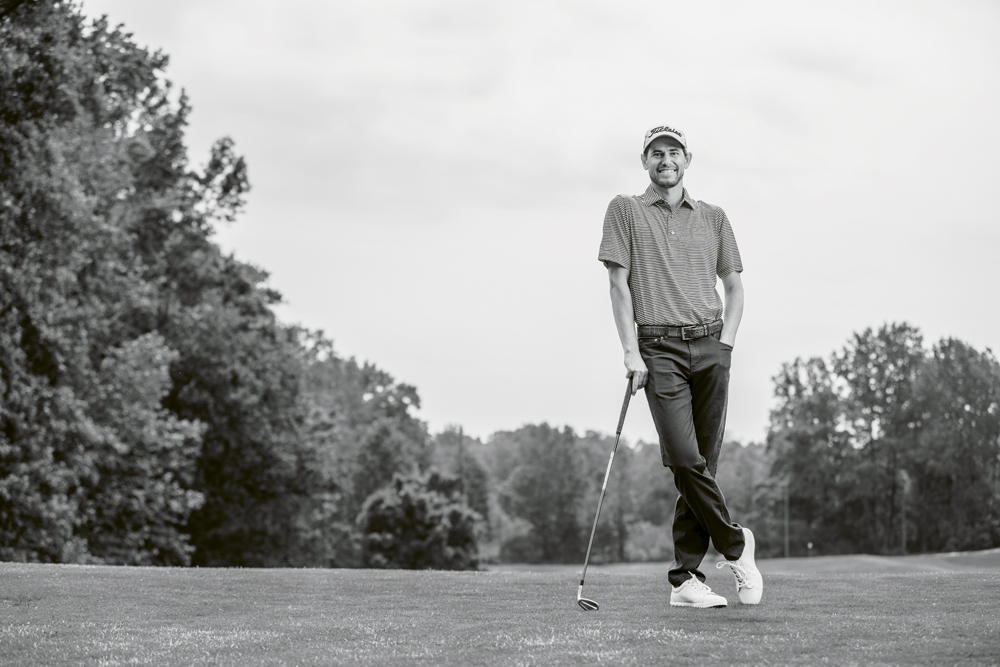 It all started, and almost ended, with the creek. The shallow, murky water ran alongside the fifth hole at Green Valley Country Club, and the Haas brothers couldn’t stay out of it. “Dad kept saying, ‘Come on, come on. Ready golf.’ But we spent the entire hole playing down in the creek, with our golf shoes on and everything,” recalls Jay Haas Jr. “He came home and told our mom, ‘That’s it. I’m never taking them to play again.’ He told us, ‘Let me know when you really want to play, and I’ll take you then.’” Luckily for golf fans, and Greenville, the Haas boys returned to the sport a few years later, and today, they’re forging a link in a golf legacy that spans generations. 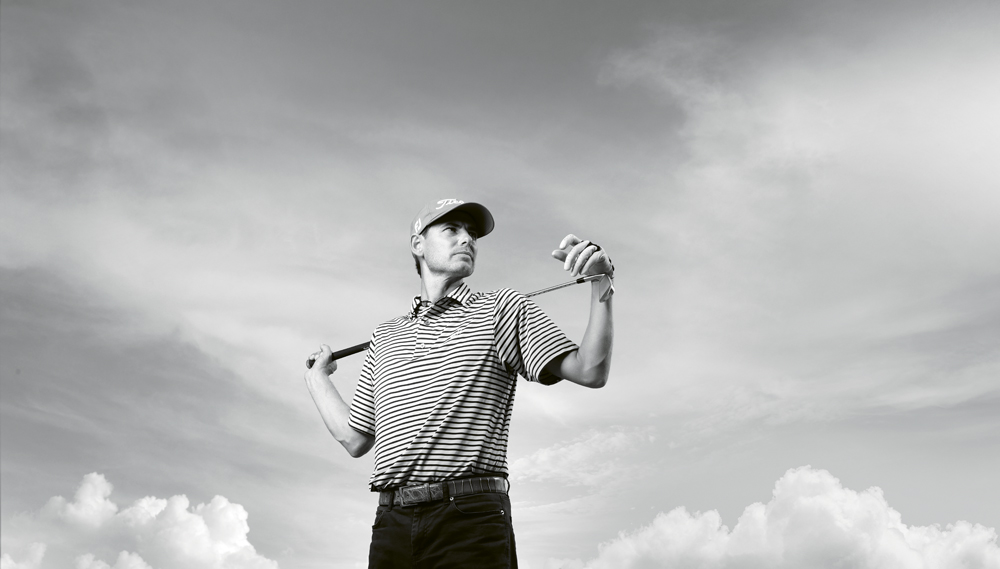 “Dad didn’t push us into it,” shares Jay Jr., who is now Director of Instruction & Coaching at Haas Family Golf on Pelham Road. Dad is Jay Haas Sr., winner of nine PGA tournaments, who now competes on the PGA Tour Champions (for players over 50). Although Jay Jr. and his younger brother Bill didn’t feel pressure from their parents, fellow players dispensed quite a bit when the boys started competing in their teens. “You’d get to the tournament and hear folks whispering, ‘That’s Jay Haas’s son,’” his oldest child remembers. “We weren’t as good as the kids who’d been playing since they were six, because we’d focused on other sports. It was frustrating because I didn’t want to embarrass myself, but as I got older, I got over it.” Both of the boys’ games also got better when they started training at Thornblade Country Club. Enough so, they helped guide Riverside High to state titles in 1999 and 2000.

Jay Jr. would go on to play at Augusta State (now Augusta University) and Bill at Wake Forest, before going pro. Their father reflects upon the sibling’s successful careers with pride. “My ‘goal’ for them was to learn the game at a young age, as I had, so it would be beneficial in their lives in the business world,” Haas Sr. reveals. “I had no idea those days of hitting balls would lead to both Jay Jr. and Bill becoming professional golfers!” 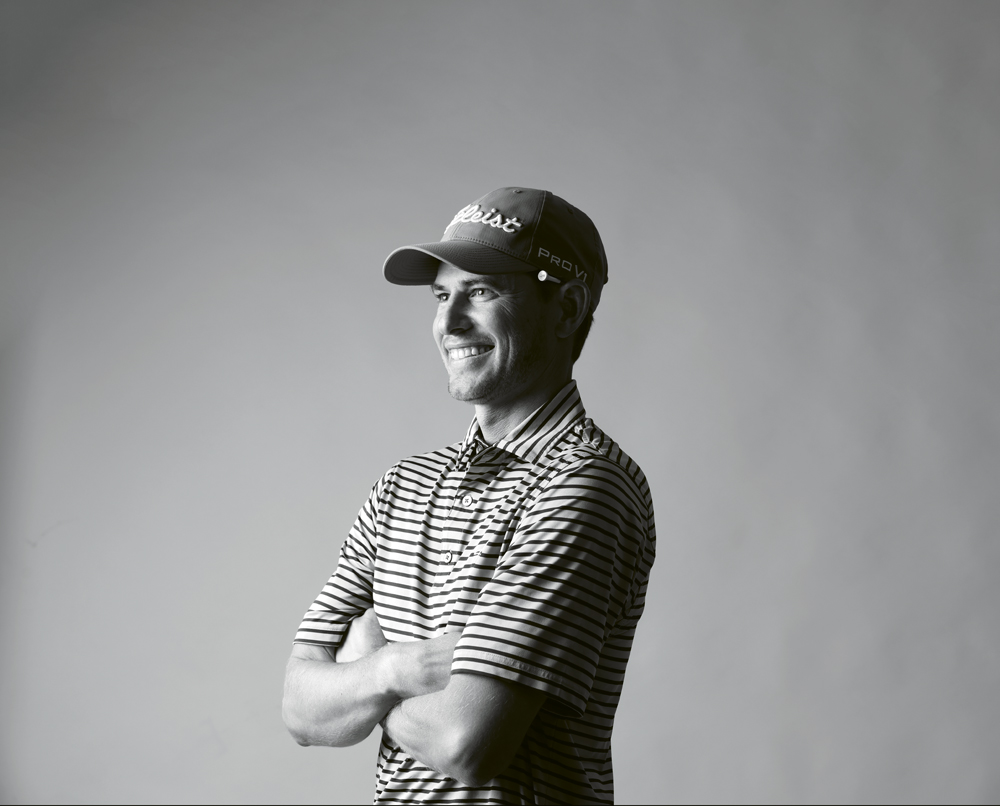 Jay Jr. spent eight years on the tour, playing his best in 2010. By 2011, he’d married a Greenville gal and missed a tour cut by two strokes, after three three-putts on the back nine. His dad suggested he caddy for his brother, simply to bank some cash for the newlyweds. The pairing worked well, with Bill finishing high in competition for about three years. “As a caddy, you have to think like a player, and be a psychologist, and be a parent, and also be able to tell them whatever it is they’re doing wrong at the time,” Jay Jr. explains. “Or, if they’re doing good, reinforce that.”

As a caddy, you have to think like a player, and be a psychologist, and be a parent, and also be able to tell them whatever it is they’re doing wrong at the time.

Eventually, with brothers being brothers, and competitive ones at that, the time came (mid-tournament on the sixteenth hole at the Copperhead Course in Tampa) to part ways. “As brothers, we don’t have issues saying things to each other,” the oldest admits with a laugh. “Over two-and-a-half-years-plus of being together all the time? Think about that. We were like a married couple, but at least a married couple displays a little decorum.”

Jay Jr. continued caddying until 2018, schlepping bags and balls, while delivering guidance for other players that included Tim Clark, Scott Stallings, and his dad, Jay Sr. By then, his Greenville home was calling with three young children and a new career in coaching. 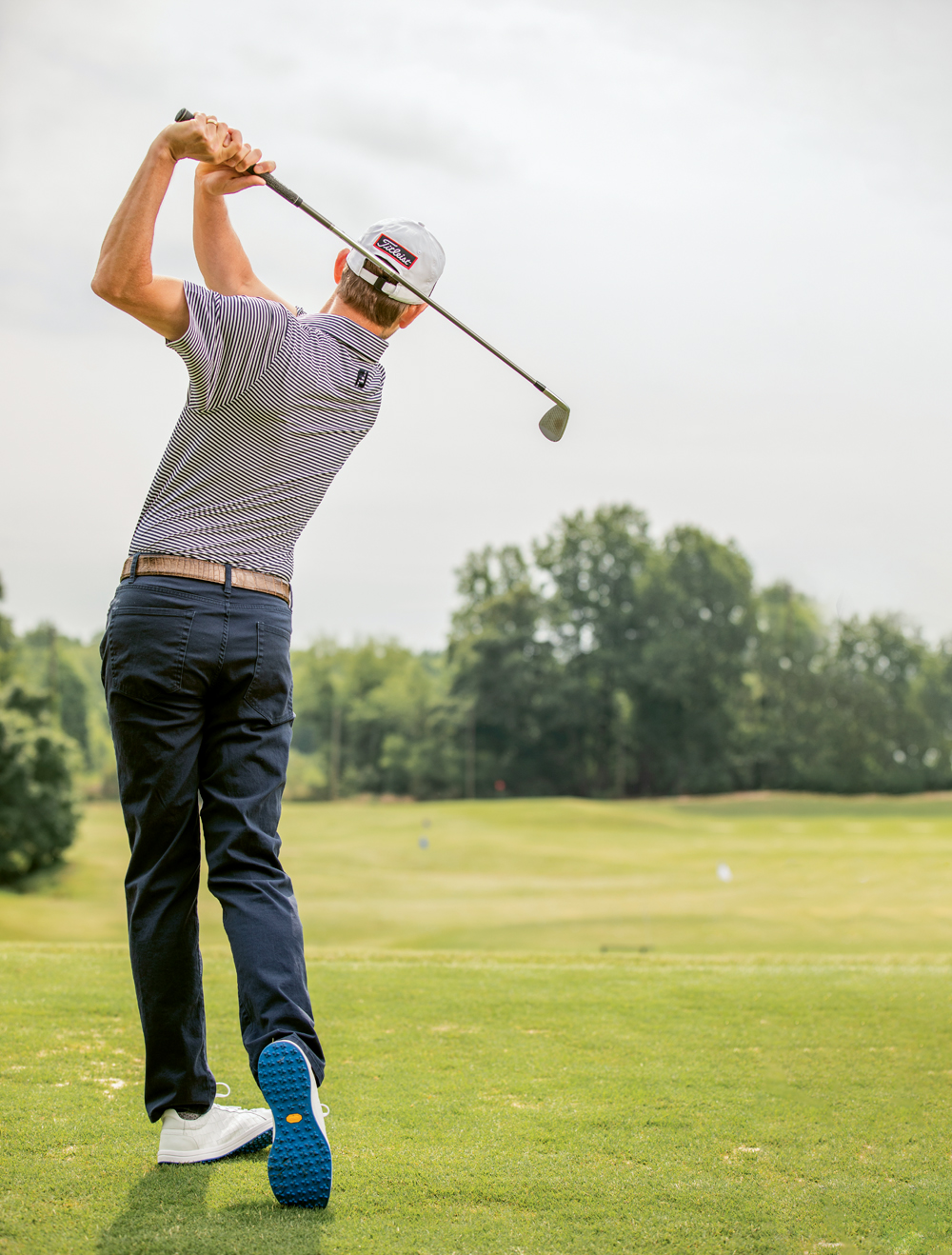 “Hi, Coach!” A pack of summer campers blows through the pro shop at Haas Family Golf on their way to the hitting bays. Jay Jr. tips his branded cap with a wave. “I see myself more as a teacher and coach now, as opposed to anything else,” he says. “All I can think about is what I’ve taught my students, and what they’re doing during the week. I’m working with 6- to 80-year-olds, and I’d like to eventually teach guys that are out on the tour.”

When in town, his father typically stops by the center to fine-tune his stroke with his namesake. “I enjoy talking swing theory with him and sometimes, and I’m surprised at how much knowledge he has gained in just a short time,” reveals Jay Sr. “The boys have different personalities. Jay seemed to always want to know how things worked, and Bill just knew they did. One’s the mechanic, the other the artist. It’s not surprising to see the different paths they’ve taken. Jay wants to know how the swing works, so that makes for a great instructor.”

The boys have different personalities. Jay seemed to always want to know how things worked, and Bill just knew they did. One’s the mechanic, the other the artist.

His little brother Bill, who still plays on tour, is also impressed. “Jay Jr. has found his calling in sharing his knowledge of the game by teaching,” Bill shares. “Whether players are high handicappers or aspiring professionals, he has a lot of knowledge that has trickled down from the family.” That family of professionals actually branches way beyond Jay Sr. The patriarch’s uncle, Bob Goalby, won the Masters in 1968. Jay Jr.’s uncle on his mother’s side, Dillard Pruitt, played on the tour for 12 years, and his dad’s brother, Jerry Haas, bounced back and forth from the Nike and PGA tours before coaching at Wake Forest.

Weighing his legacy on and off the course, and having just turned 40, Jay Jr. doesn’t consider himself at the midturn in life, but only mid-way through the front-nine. “I feel like each time I entered a new facet of the business, it was like starting over,” Jay Jr. explains. “I still caddy now and then, and when I’m 50, hope to play on the Champions Tour, but I’ve found a real love with teaching.”

The scratch-golfer plays now and then but considers himself an instructor above all else. “When I was young, I just assumed I would play golf when I got older,” he remembers thinking. “That’s what dad does and it’s the family business. Growing up around it, you don’t realize how good they are. But golf is undoubtedly a special game to my family, and I want to share that with this community. It’s really a privilege to get to play it, and I want to help players improve as golfers, and most importantly find more enjoyment in the game. It’s my dream.”

Thousands of golfers have trekked down Pelham Road over the past three decades on a quest to improve their game. They first visited the practice range operating under the name Pelham Tee and then the Eagle Zone. Now, weekend warriors, rookies, and pros head to Haas Family Golf, with its magic elixir for a smooth stroke with pinpoint aim.

About 2018, Jay Haas Sr. approached his sons, asking if they wanted to invest in the Eagle Zone, where they’d all hit together when the boys were young. “One of my earliest memories is hitting balls at a driving range near my childhood home in Belleville, Illinois,” Haas Sr. recalls. “I’ve always thought it was a great starting point for my game. The first time I visited Pelham Tee, I thought it had ‘good bones’ and great potential, and I could see myself owning a place like it one day.” The day had arrived. The range had fallen on hard times. Membership was in decline and the grounds looked like the course in Caddy Shack . . . at the end of the movie.

My hope and dream for Haas Family Golf is for it to continue to improve and be a place where people of all ages and backgrounds are introduced to the great game of golf.

Three years ago, the Haas family, along with other investors, purchased the 23-acre facility for $1.8 million, and pumped another $250,000 into improvements. Mid-deal came word Top Golf was moving in just down the road. The family considered taking a mulligan. But a few phone calls to other practice ranges revealed the sporting venue’s arrival typically increased sales. (Players want to practice to play well, before dropping serious cash on interactive golf and video games with friends.)

Top Golf, the Haas name, and Covid have all helped to double activity at the 80-hitting-bay golf center, since it opened under the new ownership. It’s the largest practice facility in the Southeast and continues to experience upgrades, many based upon ranges the Haases have used around the country. “It’s been fun to see the improvements and to hear positive comments from our clients,” says Jay Sr. “In the 38 years since Jan and I have lived in Greenville, we’ve seen amazing growth and development. My hope and dream for Haas Family Golf is for it to continue to improve and be a place where people of all ages and backgrounds are introduced to the great game of golf.” And where you can get a hand from a Haas on how to hit better. 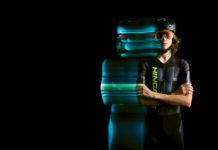 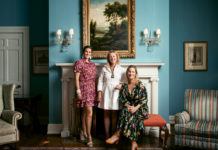 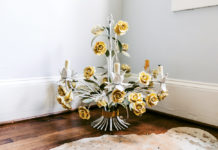 euphoria Taste of the South 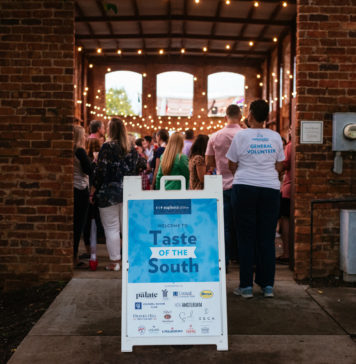 On the TOWN
See photos from Friday's euphoria Taste of the South.
Read more 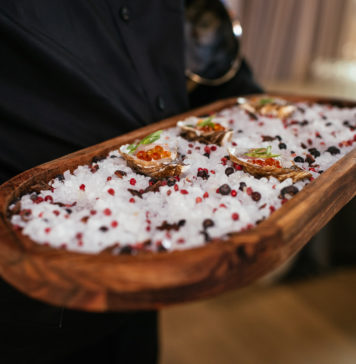 On the TOWN
Michelin-starred chefs, Ryan Ratino and Troy Jorge, took over the kitchen at Avenue for an artful and...
Read more 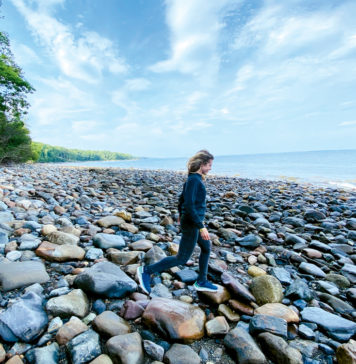 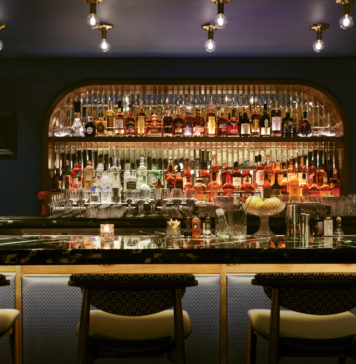 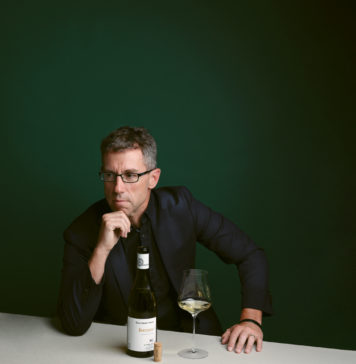 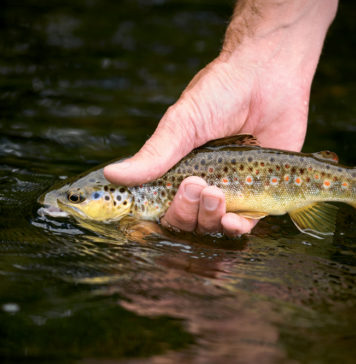 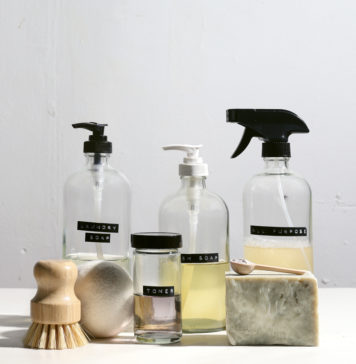 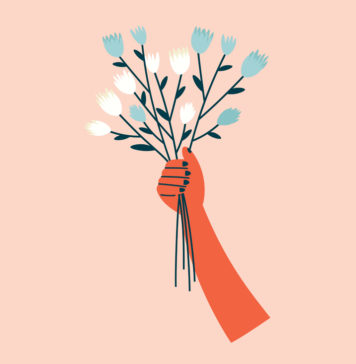