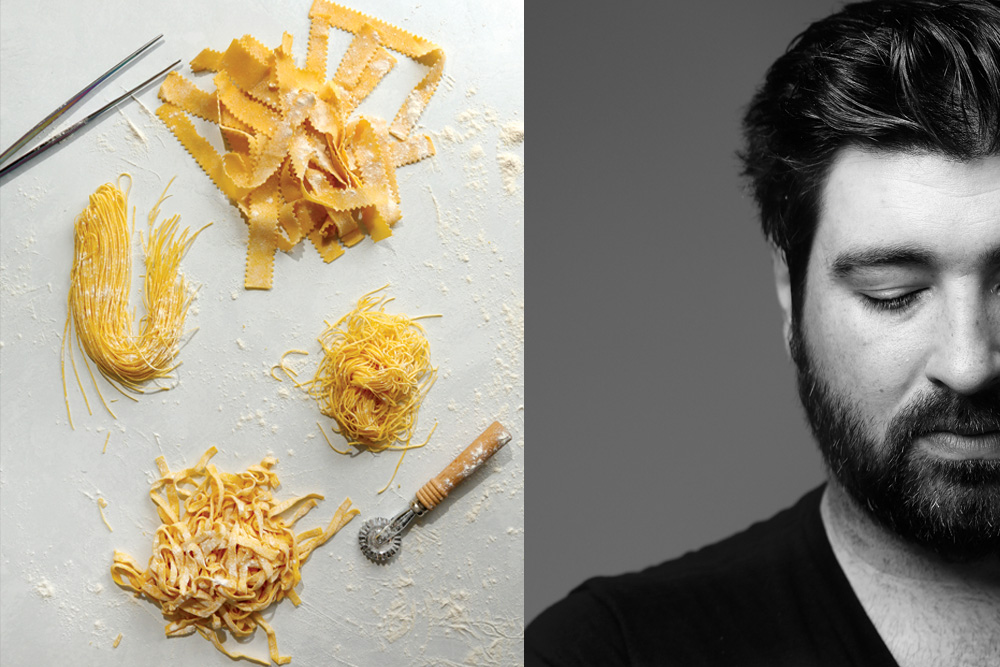 The Sunday Supper. It’s an Italian-American tradition that brings families together over spaghetti and meatballs, lasagna, and eggplant parmesan. But the foundation of the dinner, the star of the show, is the Sunday Gravy. It is not an exact science, but the classic Sunday Gravy is generally a slow-cooked sauce of onions, canned tomatoes, garlic, olive oil, basil, and various meats including Italian sausage, meatballs, and braciole (rolled flank-steak stuffed with chopped parsley and grated Pecorino Romano). The sauce takes hours to cook and reduce while the smells of fresh garlic and tomatoes fill the kitchen. The meats slowly become tender and juicy while absorbing the flavors of the sauce. When finished, the sauce is a rich, deep red, and it’s lavished on spaghetti or ziti or rigatoni and sopped up from the plate with garlic bread. It’s a sauce that is passed down through generations. Sunday Gravy is the quintessential Italian comfort food. And for Anthony Pepe it is the reason for his pasta passion.

“My grandma Rosie loved to entertain,” Anthony says. “You didn’t go in there without eating, and you always walked out full. She made all these great Italian meals. And on Sundays she would have a big pot of red sauce with braciole, and hot and mild sausage. Meatballs were always frying on Sundays, and she’d put one in a napkin for us and we’d eat it like a piece of fruit. She was always cooking and you never questioned what you were having for dinner. Her eggplant parmesan was what she was known for. Everyone in the neighborhood would come out when she was making eggplant parmesan.”

The neighborhood was East Meadow on Long Island where Grandma Rosie kept Anthony well fed. But despite Anthony’s love of eating, he was never all that interested in cooking, other than watching Emeril Lagasse on Saturday mornings. Anthony was more drawn to the art and science of craft cocktails. “I did the whole mixology thing,” he says “Experimenting with ingredients and techniques. Making the same drink fifteen different ways and seeing what I could do different.” Anthony began honing his cocktail knowledge as a bartender at Bar Italia, an upscale Italian restaurant on 77th Street and Second Avenue in New York City. The restaurant was run by Denis Franceschini, the former executive corporate chef for the Cipriani Group in New York. It didn’t take long for Anthony to realize he was in a different culinary world, far from the hearty comfort foods of Grandma Rosie’s kitchen. “Bar Italia is where my pasta addiction really started,” Anthony says. “It’s where I started learning about true Italian dishes, not Italian American.”

Within his first week at Bar Italia, Anthony tried Franceschini’s veal ragu—it was unlike anything he’d ever had. “I’d grown up with meat sauce,” Anthony says. “And it varies through Italy, from north to south. It’s generally three types of meat, veal, pork, and beef, but this one was just veal with a little bit of carrot, celery, onion, a little wine, milk, and stock, and it just cooked down. It was this wonderful sauce, and it wasn’t tomato heavy because there was no tomato at all besides a little tomato paste. I remember thinking ‘What is this?’ It didn’t look like anything I had seen. The sauce wasn’t this heavy, deep red; it was this light bright orange. It was a whole new world that I was slowly starting to discover.”

For the next decade Anthony experimented with pasta and sauces the same way he had with craft cocktails. He worked in his home kitchen mastering, as well as putting his own spin on, classic Italian dishes. It was a full-on addiction. And it’s followed him to Simpsonville where he moved, along with his wife, Jennifer, and his two young children, in 2017. “We started coming to the area about ten years ago to visit family,” Anthony says. “We love New York, but it’s so fast-paced and when you have two young kids it’s hard. I would be on the train coming home from work and my wife would be on another train going the other way to go to work.

The lifestyle was tough. So we decided to come down here and make a life for ourselves.” Anthony took a bartending job at Jianna, but in his spare time he continued to research and cook at home. One day when Anthony had made a particularly eye-catching pasta dish, Jennifer, who has a background in photography, grabbed her camera and snapped a picture. She created an Instagram account under the name @ThePastaAddict and uploaded the image. “Then it became an everyday thing,” Anthony says. “I would make something and we’d post it on Instagram. The pictures are all beautiful but what you don’t see is the kids throwing flour in the background and dough flying around.”

Soon the @ThePastaAddict account had 1,000 followers, and people were reaching out asking where they could try Anthony’s cuisine. “People would say ‘Your food looks beautiful, where are you located?’ I would tell them I’m not located anywhere—this is my kitchen at home.” As the fan base grew and catering inquiries started pouring in, Anthony and Jennifer began to wonder if they should consider taking things to the next level. “We had created this community and people were interested in what we were doing,” Anthony says. “That’s when we really started thinking that maybe we could do something more. It’s a lot cheaper than New York to start something here. Our thought was to create something casual and relaxed but where you could get great pasta at a great price.”

That thought is now almost a reality. If things go as planned, Anthony and Jennifer will have a small brick-and-mortar location in downtown Greenville sometime in the spring of 2019. “We’re working out the details now,” Anthony says. “But it really looks like it’s going to happen.”

In the meantime Anthony continues to cook at home and expand his repertoire, including making his own pasta. “In New York there were a lot of stores you could go to buy fresh pasta,” Anthony says. “So we didn’t start rolling out our own pasta until we moved here. It’s a very difficult skill to acquire. You can use the same ingredients in the exact proportions, but every day it will be a little bit different. It takes years to get it down; it’s really an art form. It takes a lot of experience and knowledge to learn how to work that dough.”

What started with Sunday Suppers at Grandma Rosie’s house on Long Island is about to come full circle for Anthony. He and Jennifer are passionate about the opportunity to bring his addiction to the Greenville community. They both realize it will take hard work but with talent and determination they feel they are ready to make a go of it. “I’m not a trained chef,” Anthony says. “I’ve never worked a line at a restaurant. So we’re excited to see if we can do it.” 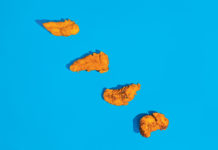 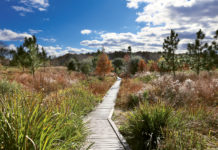 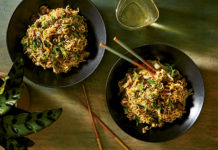