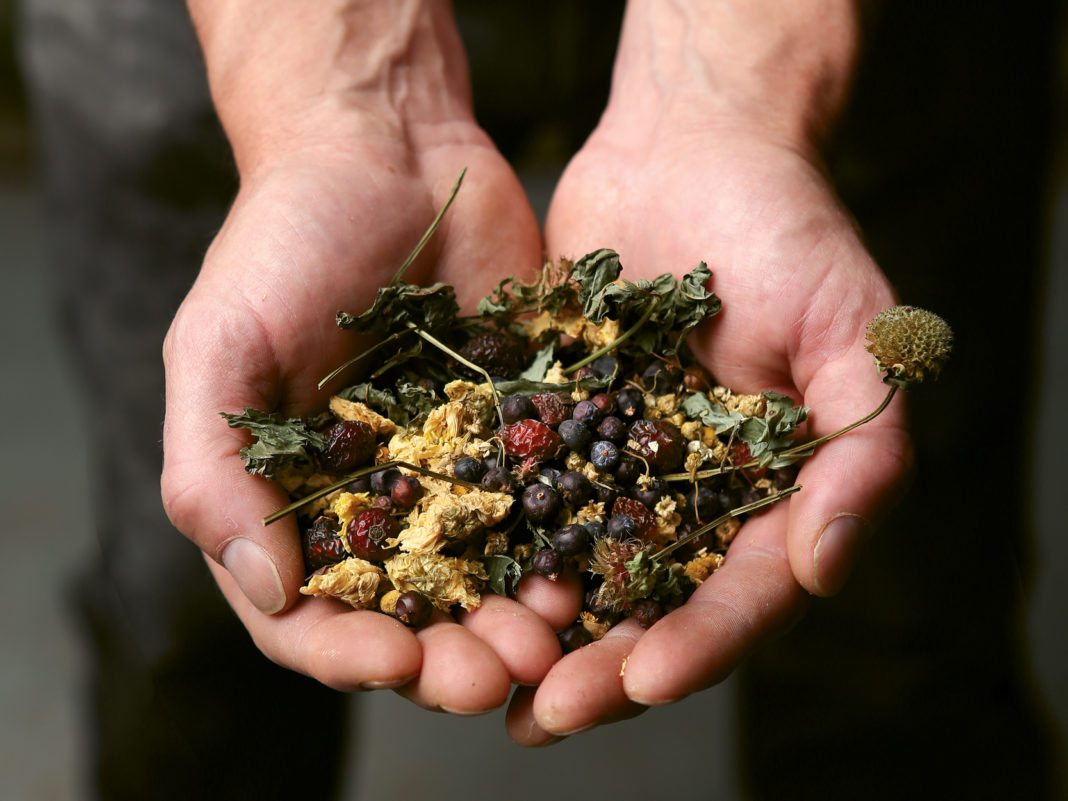 We made the stuff that we want to drink,” explains Rett Murphy, co-founder of Eda Rhyne Distilling Co. His reasoning is not an uncommon refrain. More small-batch spirits producers and winemakers say the same these days—an indication, perhaps, that the American palate is starting to shift. Eda Rhyne, a mountain distillery rooted in Asheville, makes small-batch spirits inspired by the unique terroir of Appalachia and its tradition of folk medicine. So far, Eda Rhyne’s offerings have concentrated mainly on different amari, the bittersweet herbal liqueurs first made famous in Europe and now having a moment in the States. 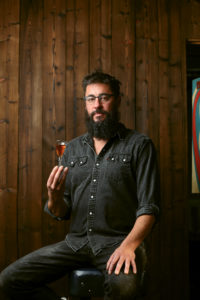 Are pioneering distilleries like Eda Rhyne the result of changing American tastes or the cause? It’s the sort of chicken-and-egg question that distracts from the real mystery here:  how the distillers have managed to bottle such a distinct expression of Appalachia. The recipes are closely guarded secrets, of course, but you might say the answer grows on Murphy’s vegetable farm and in the wooded mountains around Asheville. In fact, the botanicals found there are the genesis of Eda Rhyne. A bit burned out on farming, Murphy was playing around with herbal spirits and wanted to try his hand at distilling. He met Chris Bower, owner of two beloved Asheville bars, The Double Crown and The Lazy Diamond, who was tinkering with similar concoctions—specifically, an Appalachian fernet.

That fernet became the foundation of Eda Rhyne. “We spent so much time on our Appalachian fernet that some of our other spirits actually grew out of the fernet’s product development,” explains Murphy. Currently, the portfolio includes three other types of amaro—the subtle, light, refreshing Amaro Flora, the bittersweet Rustic Nocino, and the complex, rhubarb-based Amaro Oscura—as well as a vodka flavored by a local plant called spicebush. Future releases include a rare rye whiskey and canned carbonated amaro sodas called “amaro pops,” with plans on the horizon for other spirits.

Eda Rhyne’s distillers take terroir seriously. “It’s very important that our spirits taste like western North Carolina,” says Murphy. They are committed to using only organic botanicals, many grown right on Murphy’s farm or foraged from the woods around Asheville, and locally sourced grain and corn. This relentless pursuit of place differentiates Eda Rhyne’s botanical liqueurs from the European tradition—and has drawn the eyes of editors at Bon Appétit and Garden & Gun, where Eda Rhyne has twice been a semi-finalist for the Made in the South Awards.

Although Eda Rhyne began production in 2017, their bottles first appeared in North Carolina liquor stores in 2018, with the opening of a small tasting room at their Asheville distillery in late 2019. The pandemic pumped the brakes on in-person tastings for a while, but bottle sales have continued to grow as their distribution expands across state lines. Like their hardworking Appalachian ancestors, Eda Rhyne’s distillers have not been deterred by challenges, using the slowdown to focus on product development. “We’re now making the best spirits we’ve ever made,” says Murphy. 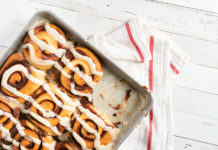