Once considered a grandmother’s pastime, quilting is now a creative outlet for many contemporary artists. One of the most surprising of these might be Travis Seward, known in arts circles for his volunteer work on behalf of The Warehouse Theatre, the Greenville Center for the Arts, and other initiatives. The frenetic pace of Seward’s career as general manager at USA TODAY 10Best increases the appeal of his own serene quilting studio, on the third floor of the historic Hampton Pinkney home he shares with Wade Cleveland. 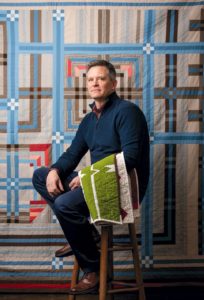 “I come from an entire family of makers,” he explains of his upbringing in, Crawfordsville, Indiana. “My mother sewed all of her clothes, and I got the scraps and started making things.” Seward was running a sewing machine by age six. Making things was like breathing in his family—everyone just did it. Before long, he was riding his bike to the fabric store to spend money earned on a paper route. The enamored ladies at the shop loved helping their eager young customer. Between them and his high school art teacher, Crawfordsville’s Outstanding 4H Student was introduced to the world of fiber arts.

Saturday art classes helped Seward land a scholarship to the College for Creative Studies in Detroit, where he studied fabric design and structure. An internship with Milliken brought him to Greenville, where he designed automotive fabric before transitioning to the technical side of textiles.

Eventually, Seward’s career pivoted to digital content, and quilting became a creative outlet. He started discovering people on social media who were making quilts and forming online groups. “I was no longer working in a vacuum,” he says. “One group taught me the techniques of piecing and putting quilt blocks together, the fundamentals for all the different styles, using someone else’s pattern.”

It wasn’t long before Seward started quilting seriously, making his own patterns and joining the online group Men Who Quilt. “[Quilting] allows me to de-stress and chill out, using the other side of my brain after work,” admits Seward. The longtime maker then discovered the Greenville Modern Quilt Guild, a group of teachers, pattern designers, published authors, and award-winning quilters (whose group quilting project was featured at QuiltCon in Austin, Texas, last month). “I finally found my tribe in Greenville, and it’s all levels of skills and talents, and super accepting,” reveals Seward. 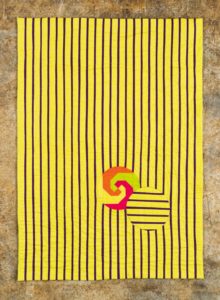 He considers himself a modern quilter, which he defines as being “more about aesthetic and design than the technique and fundamentals.” His work is typically devoid of the traditional repetition of blocks. Instead, Seward’s quilts are about composition and color, so intricate that one work has 4,800 pieces, some as small as a quarter-inch square. “Piecing and design is the fun part,” he admits. With his own machine at home, Seward rolls his quilts to get them under the needle, into the (very) tiny creative space called “the throat.” He happily works away, while listening to TV, an audio book, or conversation.

Seward’s design process begins on paper as a framework. He then uses recently mastered quilting software to virtually arrange and edit his quilt blocks until arriving at a final design. He incorporates what he’s learned about color theory and principles of design, while injecting a visual twist. In other words, these aren’t your granny’s quilts.

At any given time, the studio holds a few works under progress, with Seward’s palettes unique and his inspiration unexpected. One stack of quilt blocks are based on the outdoor mural at El Thrifty Social Club, another by Frank Lloyd Wright architecture, a third by his own grandmother’s Tree of Life quilt. 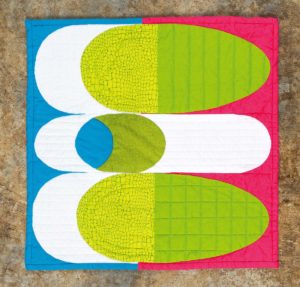 Seward’s most exciting creation, however, might be the formation of a small group called Modern Design Lab. “A group of seven of us meet monthly,” he explains, “taking a creative prompt from a color palette or a certain technique, and then we create something original based on it.”

When he’s not working, quilting, or hosting exchange students through the Rotary Club of Pleasantburg, Seward is traveling. He discovers indigenous textile techniques across the globe and brings home reminders. “I think about the people around the world creating their textiles, and I’m inspired by those techniques,” he says, “but I always try to push myself to the modern, using color, color theory, and design principles. It’s how you combine those things to create something that stands on its own as a finished piece of art.”

For more information, visit travisseward.com. On June 5, the Modern Design Lab will host an invitational quilt exhibit and sale at the Greenville Center for Creative Arts.

Photography by Will Crooks 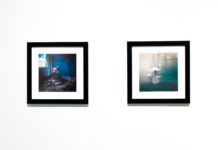 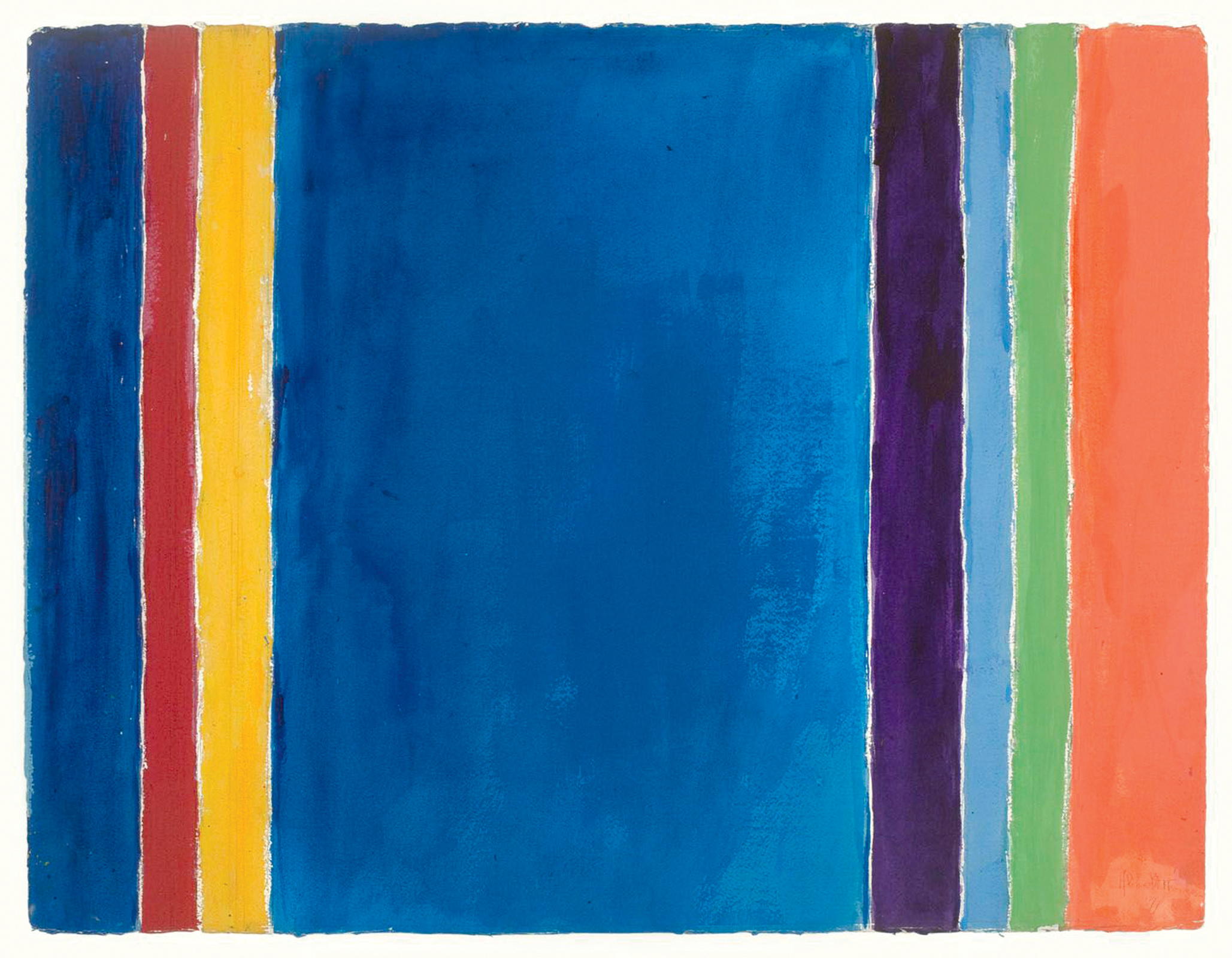