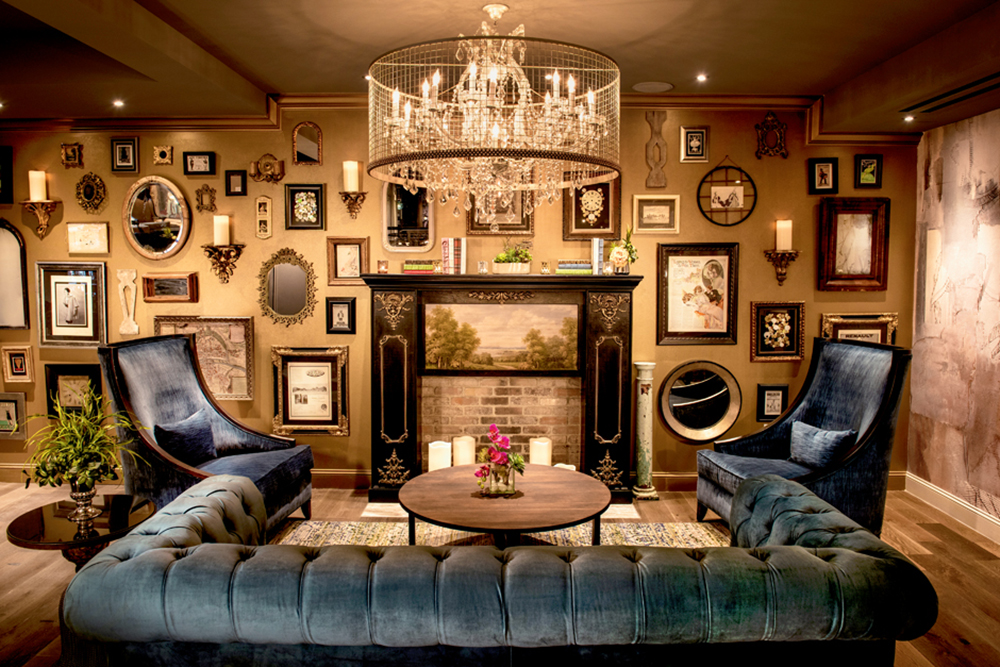 The Ivey’s Hotel was once a grand department store. Built in 1900, the J.B. Ivey & Company was just a block off the intersection of Trade and Tryon streets in Charlotte. Today, the hotel sits in the heart of Uptown, known as the Old Fourth Ward, and its 42 rooms and nine balconied suites lavishly riff on Parisian Art Nouveau.

The boutique hotel inhabits 45,000 square feet on the first and second floors of the pre-war building; above it, three stories of residences offer the feel of downtown living (in luxe digs). Its prime location affords guests barely a stroll to dozens of restaurants, bars, and notable stops, including the Blumenthal Performing Arts Center just across the street.

The Ivey’s has an undeniably playful aesthetic. Brett Krueger of MRK Hotel Collection worked in tandem with Miami designer Nick Alain to incorporate antiquarian elements collected by Krueger to add a traveler’s whimsy to the property. Four-hundred-year-old French oak is underfoot, along with cheeky vintage ads framed from 1920s magazines, lots of mirrored surfaces, and beautiful fixtures. More than 10,000 clocks and clock faces are displayed throughout the hotel in the forms of coffee tables, mantle pieces, and other enameled elements in halls, suites, and alcoves.

A soft palate of cream and leather with hints of aubergine and teal creates an air of high design. Every detail feels thought through, from drapery with three layers of light-filtering ability, to caddies of bath bombs perched atop deep-soaking tubs, to Frette Italian linens enticing guests to sleep a stay away.

When you do leave your room, you may not travel far. The Ivey’s is home to two notable Fourth Ward eateries: 5Church has been a mainstay of the district with Top Chef alum Jamie Lynch at its helm, while Sophia’s Lounge is a cocktail bar fit for a queen. Named for Queen Sophia Charlotte, King George III’s wife, the forward-leaning cocktails from award-winning beverage director Patricia Smith are masterfully paired with inventive bites: the house-smoked salmon crostini come beside a cocktail of reposada tequila, grapefruit, jalapeño, and strawberry; roasted shrimp, coriander mascarpone, and chipotle crackers join a rather perfect Sazerac dotted with lemon oil.

Groups of deep velveted chairs, oversized couches, and intimate tables pepper Sophia’s, whose servers and bar staff shine in their apt service and suggestions. But after an evening here, it’s perhaps equally as satisfying to hop the elevator back to your tricked-out room to tuck in. 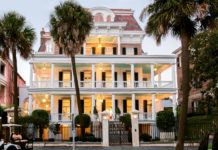 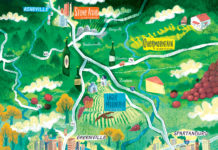