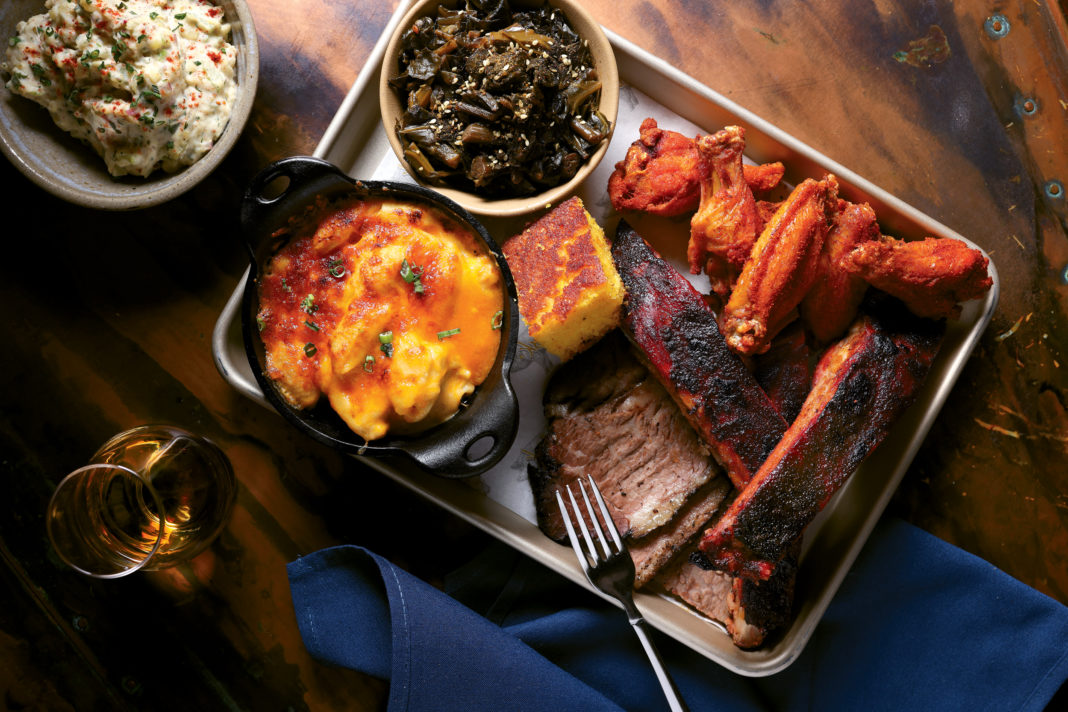 The past year of quarantine and business shutdowns has led us all to reflect on our lives and livelihoods. In many cases we’ve had to recalibrate and change the way we do things. So, too, restaurants have been forced to take a hard look at their operations. For Husk Greenville, that meant embracing a new concept: barbecue.

“The pandemic is 100 percent responsible for the pivot,” admits David Howard, president of The Neighborhood Dining Group that owns Husk. “COVID-19 closed us down and caused us to reflect as a company on all our operations to make sure we remain competitive and viable.” Though Husk had a solid customer base, the style of food didn’t lend itself well to takeout, an adaptation that many restaurants have had to make to stay afloat. Ultimately, the group decided that a more approachable, family-friendly restaurant would have a better chance of being successful over the next several years. 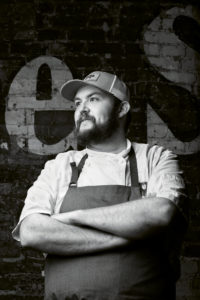 To oversee this new endeavor, The Neighborhood Dining Group brought in Chef David Jensen, who, for the past seven years, was the sous-chef and butcher at Husk in Charleston. A native of Central, South Carolina, Jensen is stoked to assume the role of executive chef and pitmaster at Husk Barbeque, where he will carry on the Husk philosophy of honoring Southern foodways.

“At the end of the day, barbecue is heat, smoke, and some seasonings,” Jensen notes. “It’s how you treat it that determines how it comes out. You have to let the ingredients shine.” To do this, he’s working with two new smokers in the kitchen, using white oak as the backbone and adding accents from hickory and cherry. “Going forward, I want to experiment with fruit woods, like peach wood in summer,” adds the chef, who is a fan of the more subtle flavor that fruit woods impart.

An impressive collection of bourbons, peaty Scotch whiskies, and even a smoked Old Fashioned cocktail round out the menu and complement the tender brisket, succulent ribs, and other smoked meats. Some items, like the mac and cheese and the terrific smoked cheddar grits, silky with cream and butter, will stay on the menu, while seasonal sides will rotate in. Signatures including the Husk Burger, shrimp and grits, and cornbread will remain; the fried chicken will now be featured as a special.

As is the case with anything in the Husk brand, there’s an overriding expectation of quality. “We’re trying to put our best foot forward in our interpretation of good barbecue,” declares Jensen. “This is our version, what makes us happy. . . . Hopefully, everyone will be able to see that through our food.”

Collard Green Dip
Served with toast “soldiers,” the chef’s play on spinach and artichoke dip incorporates the requisite cream cheese and cheddar, but substitutes chopped collard greens for the spinach and punches it up with pickled serrano peppers and smoked tomatoes.