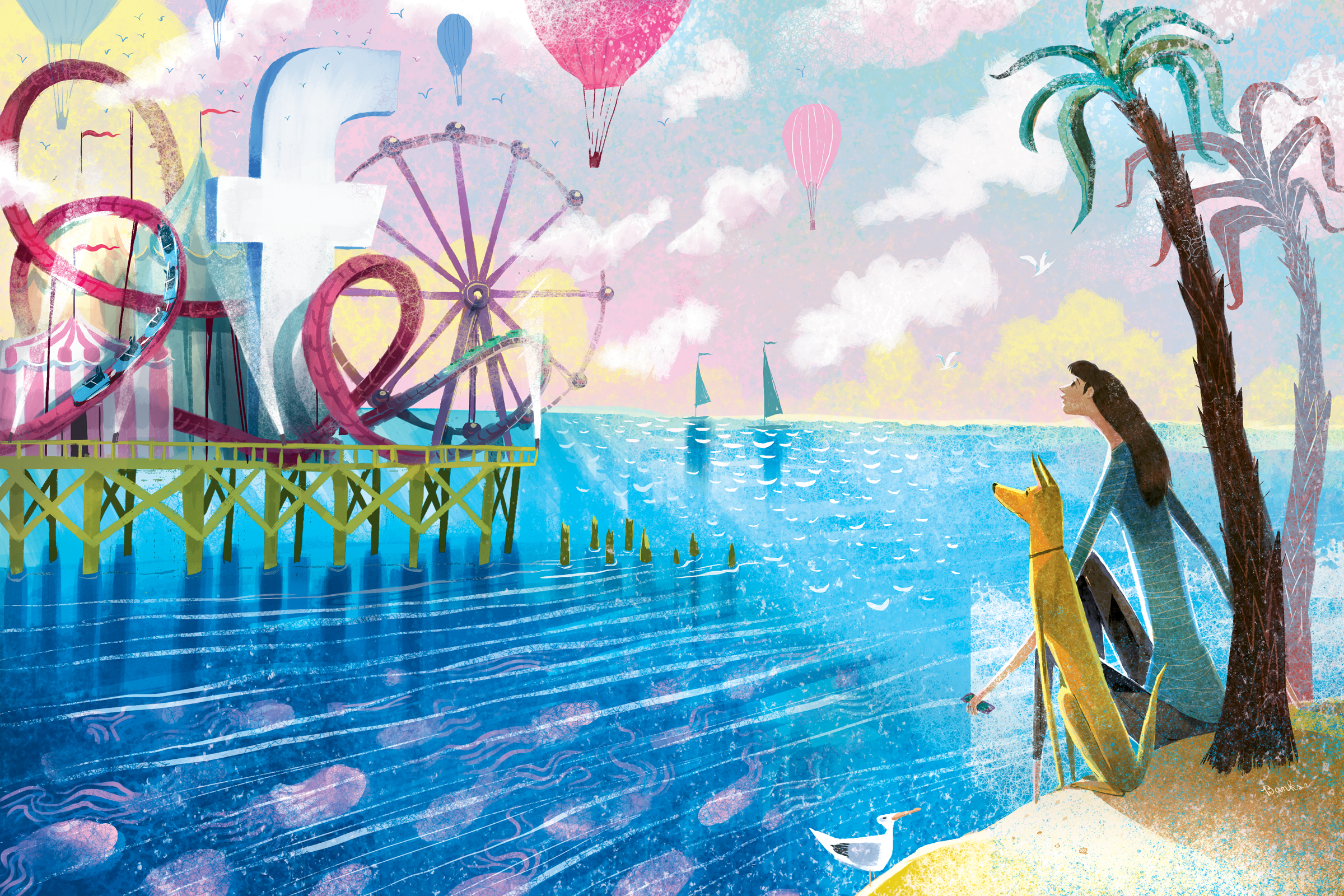 When my family of four moved across town into what I dubbed “the minivan of houses,” I was seven months pregnant—with twins. I recall sitting on the floor of my beloved old house to pack a box as deep as I was tall. Already a mother to two toddlers, I wielded the tape dispenser like a weapon along the box seams and, glancing around triumphantly, found myself unable to rise to standing.

Since closing on the new house, I’d imagined cutting our furniture by at least a third to make room for two additional cribs and double everything-else. In the end, my ankles so swollen I could press shapes into them with my fingertips, I refused to sort or sell a thing. On moving day, as movers at the new house asked me where things ought to go—while holding up a sofa, sweat beading along their bandana-ed, desperate foreheads—I mostly shrugged.

The result: our new living room was so overstuffed with furniture I bumped my shins, shimmied sideways through a couple armchairs, and lunged over ottomans like (a puffier) Catherine Zeta-Jones in Entrapment just to cross the room. Eventually I was forced to decide where all that furniture actually belonged, and my husband’s beleaguered but compassionate buddies helped him haul it upstairs or, more often than I’d like to admit, back out the front door.

Recently—years after that move and long after my ankles slimmed to their original condition—I began to notice a return of that moving-while-pregnant sensation, a schizophrenic combination of freneticism and impotence. My reigning state of mind was, again, low-level panic over an amorphous pile of tasks that outsized my ability to complete them. Like the Type A woman I definitely am, I took stock: my digital calendar was pristine, color-coded even beyond the ROYGBIV spectrum; that once-glutted living room had been pleasantly Marie Kondo-ed; and my relationships were more satisfying than I could ever remember. With the single exception of my (actual) minivan’s interior, my life was in decent order. What, then, was the matter with me?

Attempting to isolate the irritant, I eliminated commitments one at a time, like a Whole30 diet to my itinerary. I cut workouts, book club, lunches with friends, date nights. I cut one daughter’s gymnastics, another’s soccer. No matter how much calendar space I freed up, I couldn’t clear the room. The furniture I needed out was invisible.

Until one day, standing as I often am at a bookstore register, I impulsively slid across the counter a slim volume entitled Ten Arguments for Deleting Your Social Media Accounts Right Now. I almost didn’t buy it; I was overly familiar with the arguments against too many hours spent amidst online constructions of reality, too much life handed over to a version of human beings that has been polished and branded. I rationed my kids’ screen time like it was one threat-level shy of rat poison, and I was stingy with my own too. But for just twelve bucks, I was willing to shore up my case.

That afternoon while my kids rode bikes in our driveway, I lay sideways across a camping chair plowing through the author’s invective. Before crawling underneath my covers that night, I signed off Instagram and deactivated my Facebook account.

The furniture, it turned out, was digital.

Like most of us, I’d taken a few social media hiatuses over the years. The one thing I’d never done was render the platforms utterly inaccessible, deleting every trace of them from my devices. After a week without so much as a glance at that perennial blue, pseudo-shiny icon, I’d all but forgotten the digital world existed. Gone from memory was my high school drama team, my cousin’s second wife, the Citadel knobs I’d tutored during grad school. At the same time, the clutter I hadn’t known was muddling my brain had cleared. The panic lifted.

Since I work on a laptop, the potential for distraction is boundless. Or at least it used to be. Craving distraction after my purge, I checked both my email accounts, sent a couple text messages. I checked the next day’s weather. Desperate, I manually entered a retail website from memory and poked around until bored. And then that was it. There was nothing else to do.

It had been years—actual years!—since I’d sat in front of a computer screen with nothing to do but work. The infinite scroll of social media, repopulated every nanosecond, was gone. I was seized with a feeling I had all but forgotten: completion. I had reached, as it were, the last page of the Internet.

If you’d asked me how often I clicked through to Facebook during a typical day, I would have said three times, maybe four. All traces deleted, the truth of my compulsion was revealed. Actually, I had tapped that icon on my phone at every lull—like a tic, flicking my thumb downward out of habit so all I absorbed were a few images as if from the window of a train. “Checking” social media had become a scratch for the imaginary itch of dissatisfaction. It was never gratifying, mind you, but the scenery was always there, always new.

We’ve all convinced ourselves we’ll suffer without our curated digital community. Do you know what actually happens if you don’t know your old lab partner’s dog died? Nothing happens. I for one was suffering for social media, martyring myself to the magnitude of invisible expectation.

I love reading books, but my favorite thing about reading books is finishing them. Having a Facebook account is like reading a book with an infinite number of pages. Just that thought takes me back in time to the Baptist church, my white Sam & Libbys dangling from a pew as I silently considered an eternity in the clouds. I wanted heaven—I did—but I balked at the prospect of something going on for ever and ever. Like social media, it hurt my brain.

Recently in the process of starting a business, I faced a grim reality: I’d need a Facebook business page. With no small amount of dread I reactivated my account, fearful after one hit I’d be addicted again.

Quite the opposite. The whole social media enterprise holds about as much appeal for me now as a bag of licorice jellybeans. Glimpsing that endless scroll, I honest-to-God experience a wave of mild nausea. It’s as though I’ve glanced into an abyss and have to steady my footing, as if I’m on the threshold of that new house again, seven months pregnant with twins and so puffed full of fluid I could float. Needless to say, I prefer the lighter, trimmer version of myself, the one not so weighted down with unseen obligation.

Maybe there’s a place for social media, a season when it becomes important to know an infinite amount about a horde of geographically distant acquaintances. For now, though, I’m content to know only what I can glean from the limited number of actual faces I see each day. If I learned anything from the pew-sitting days of my youth, it’s that endings are satisfying. 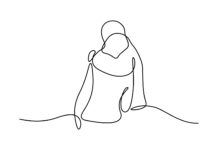