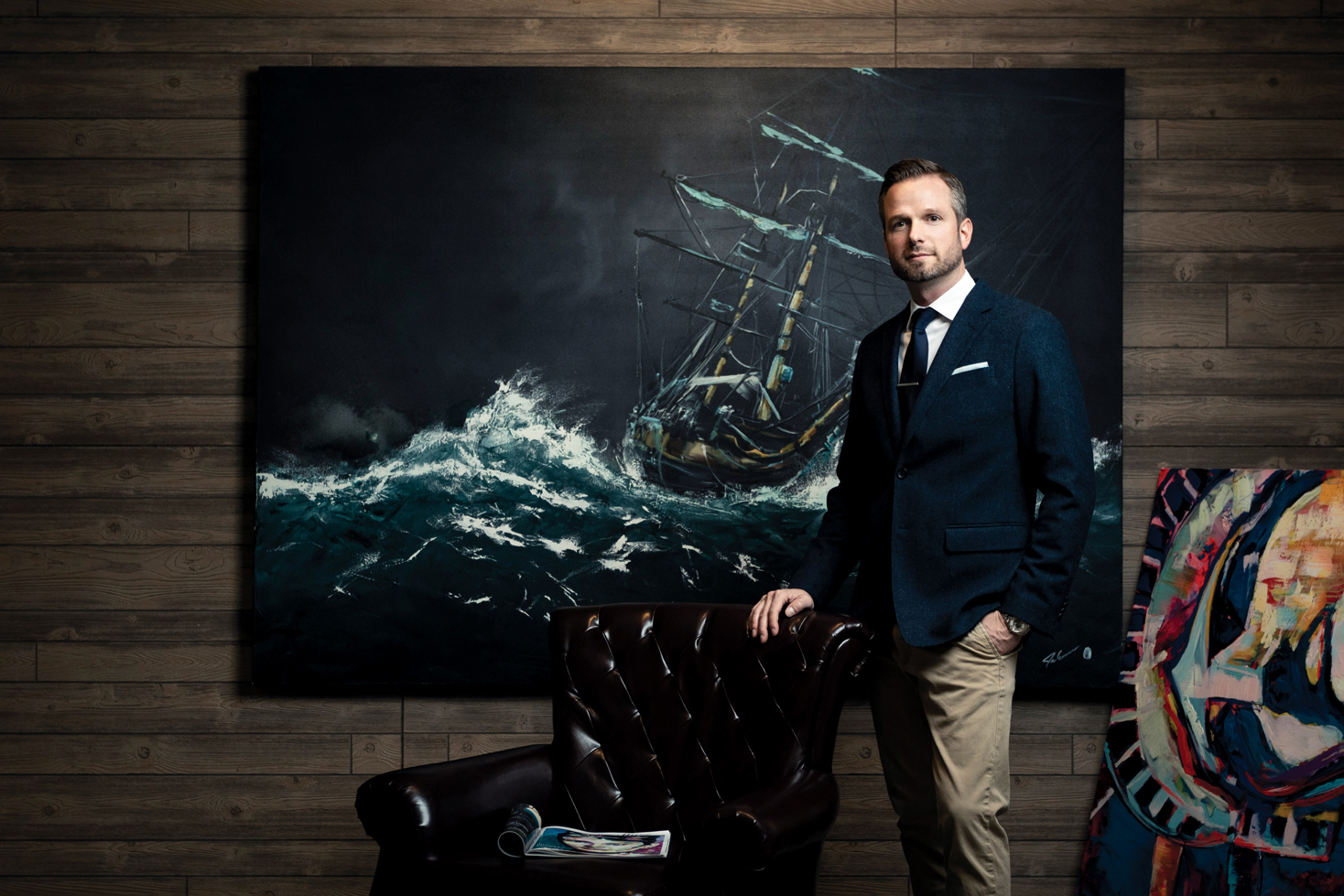 It’s hard to know how best to start a story on Dan Lyles. It could be, “Let me get the Picasso out to show you,” or “We’re going back to Arnold’s [Schwarzenegger] house in June.”

These are just a few of the many varied things the art dealer, fundraising auctioneer, marketer, and gallerist said in the course of two hours, which flew by like twenty minutes—the gift of a talented auctioneer, no doubt, which Lyles is, having sold more than $15 million worth of art during his five years cruising around the world (not metaphorically, but on cruise ships auctioning off art for Park West Gallery, the largest independently-owned gallery in the world). Eager cruisers would hoist their glasses of free Champagne in the air along with their bid paddles for twentieth-century masters like Pablo Picasso, Marc Chagall, and Salvador Dali. “The largest single art work I’ve ever sold was a Picasso linocut,” says Lyles, seated in his eponymous gallery on South Main Street in Greenville, which he opened last fall. “It took me about 15 minutes to sell it, and I sold it for $114,000, and that’s a rush.”

So is smoking cigars on Arnold Schwarzenegger’s sofa at the former governor of California’s home in Los Angeles. Lyles landed there because of a chance he took on an unknown painter named Joe Everson, who was selling his art at a vendor tent during Oktoberfest in Greer several years prior. Lyles, 38, saw an opportunity for growth with the artist—for them both, it would turn out. With a bit of Pygmalion persuasion, Lyles commissioned Everson for a painting for his own collection, and then conceived an idea where Everson would be “the first singing painter,” meaning he would paint live-action patriotic paintings on upside down canvases, in front of a crowd, while singing the national anthem. Now lest you think this a gimmick, Lyles, was working at Jackson Marketing at the time, and knew from experience it doesn’t matter how good a painter is, if they’re not known, they’ll likely be the typical starving artist. Videos of Everson’s singing and painting performances soon went viral and landed him on Fox & Friends in 2016.

“A good art dealer’s role is to demystify the art world so that your average collector is not afraid to ask questions, educate themselves, and start collecting original art. It does not matter to me if you buy a $100,000 piece or a $300 piece, what matters to me is that you collect an original artwork.”

“He goes live on Fox and Friends,” explains Lyles, and “by the time I get to work he has completed the painting, and I had over 300 emails from veterans, active military, and people with PTSD saying that it gave them more strength to get through one more day, and in that one hour, the guy that couldn’t pay his bills had sold $75,000 off his website, and I had bookings to last us through 2019.” Including The Terminator’s own charity poker event hosted at his home, which Lyles and Everson will attend again this summer, and where two of Everson’s paintings are included in Schwarzenegger’s private collection.

Lyles, who is “obsessed with art” and “loves the art business,” has a succinct take on getting your own collection started. “The number-one reason people don’t buy is not price, it’s a lack of knowledge,” says Lyles. “What’s happened is that art has always been for the elitist, and a good art dealer’s role is to demystify the art world so that your average collector is not afraid to ask questions, educate themselves, and start collecting original art. It does not matter to me if you buy a $100,000 piece or a $300 piece, what matters to me is that you collect an original artwork.” You could start by visiting his gallery to view the large canvas of a famous actor painted by a local artist. Going once, going twice . . . sold. 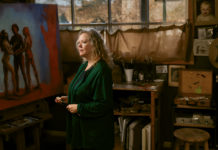