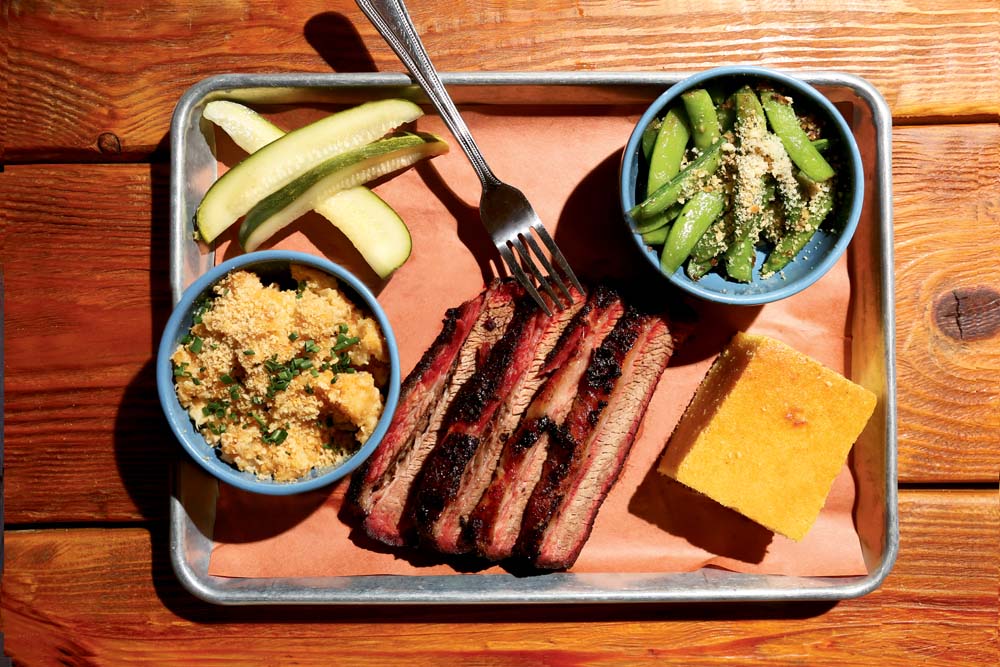 Forget pumpkin spice. The hottest scent of the season is smoke—from campsite fire pits and fall evening bonfires, but also from slow-and-steady smokers imparting indelible umami to barbecued beef, pork, sausage, and wings. And like the other marker of this season—college football—barbecue is a culinary topic rife with regional rivalries and unassailable tradition. It’s also not for the faint of heart, or those who enjoy taking shortcuts.

Take, for instance, Monkey Wrench Smokehouse’s smoker, which gets fired up with local oak wood at 2 a.m. every morning they’re open. The pitmaster then loads up the smoker’s rotisserie with all-natural, high-quality cuts of meat to supply the day ahead: beef brisket; chicken wings; house-made sausages; and pork shoulders, butts, and ribs. In the case of the brisket, there’s up to 16 hours of slow cooking ahead, and nothing spends less than three hours in the smoker. Not only does that mean there’s plenty of time for the smoke to work its magic—the rotisserie’s rotating racks allow for meaty juices to drip down and essentially self-baste the entire time.

Admittedly, owners Andy O’Mara and Loren Frant don’t have a longstanding barbecue tradition in their histories. But that’s allowed them to focus on creating and serving juicy, savory, pull-apart-tender meats that are unbound from regional or historical strictures. “Everyone has their perception and definition of what barbecue should be, and that’s okay,” says O’Mara. “That’s exciting and challenging at the same time.” Adds Frant, “The brisket is something we were really interested in trying because that’s something that’s a little harder to come by around here.”

But if the rate at which Monkey Wrench sells out of their brisket (and most of their other menu items) is any indication, delectable barbecue always trumps regional loyalties.

If you’ve been doing something the same way for 21 years, you’re probably doing something right. That’s Mike & Jeff’s in a nutshell: family-run, old-school, and quintessential. 2401 Old Buncombe Rd, Greenville. (864) 271-5225

This meat-packing food truck was born in the Village of West Greenville—and decorated by artists from the neighborhood’s Greenville Center for Creative Arts. Its melt-in-your-mouth brisket is liable to put you in the best kind of coma. Locations vary 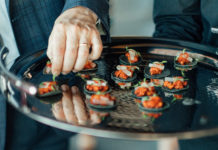