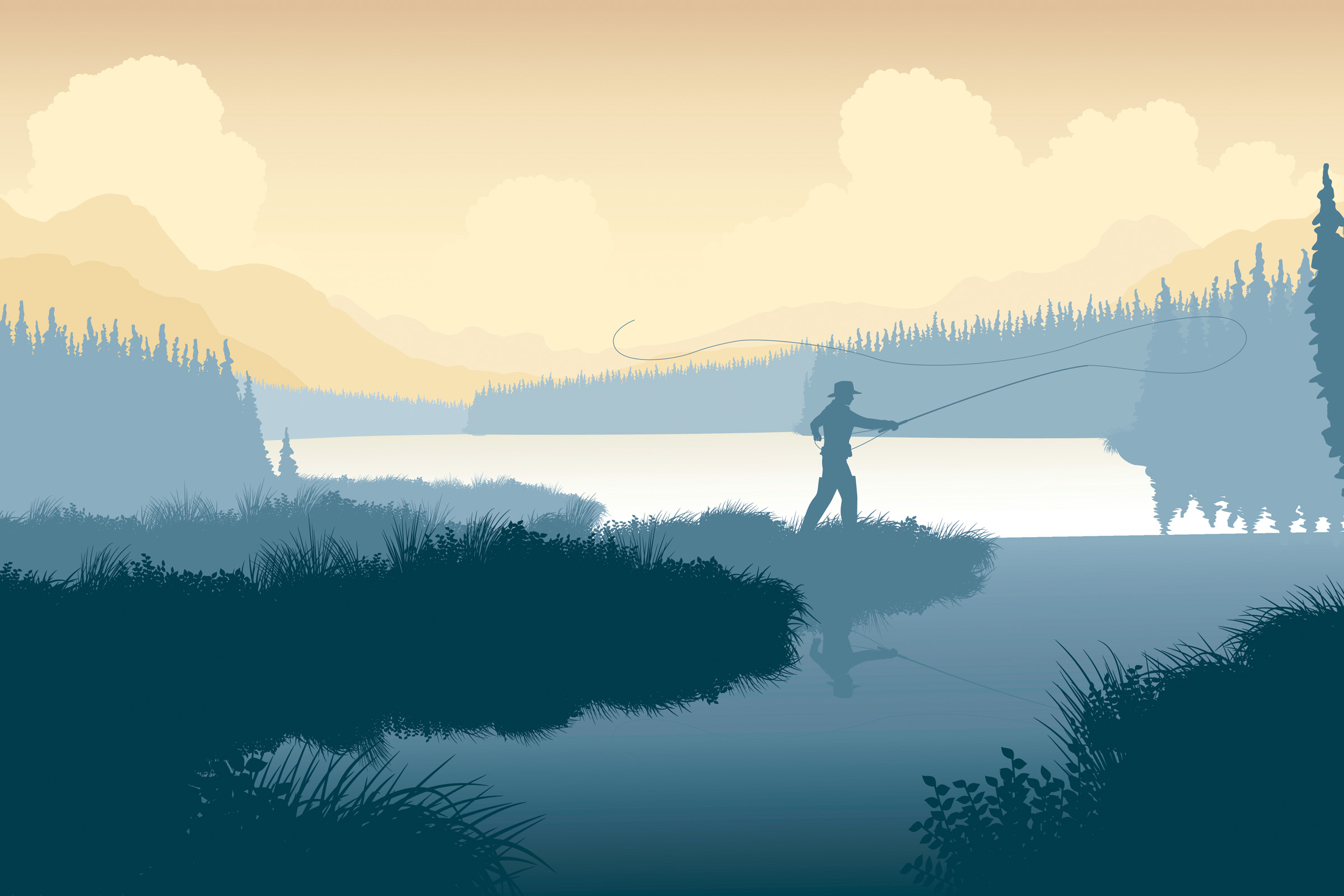 When my friend Kevin called to fill me in on the details of a Colorado fly-fishing trip he’d planned for us, he was absolutely giddy. “Bro, this is going to be the best trip ever. I mean it, dude, it’s going to be amazing.” I’ve known Kevin for three years, and we have almost nothing in common. In addition to his proclivity for using words like bro and dude, he is also obsessed with talking about football. Not just teams and scores, which I can occasionally follow, but about injury reports and drafts and trades. When he gets going down that road, I just smile and nod, the same way I do when I’m at a garage and the mechanic is explaining why my “check engine” light is on.

But despite our differences, Kevin and I get along swimmingly, and I wasn’t at all worried about spending three days with him in Steamboat Springs. My concern was the fact that we would be spending most of the daylight hours trying to catch fish. I had only been fly fishing once before, and for what was essentially a thirty-minute photo op. During that experience, instead of focusing on the mechanics of fishing, I was preoccupied with swatting mosquitos and imagining a disastrous scenario in which I slip on a moss-covered rock and my waders fill with water, sending me down the river where my lifeless body is found hours later by the fishing and game service. So I really wasn’t completely on board with Kevin’s “amazing” prognosis.

A couple of weeks after Kevin’s call, I found myself standing knee-deep in the Elk River next to a seasoned guide named Pat. We were on a private stretch of the river reserved for the exclusive use of the guide service and its customers. Kevin and another guide were a half-mile upstream. It didn’t take me long to realize that Pat’s job was not to teach people the intricacies of fly fishing but rather to ensure they caught as many fish as possible. As I stood in the river with my hands by my side, Pat would robotically prepare the rod, hand it to me, then tell me exactly where to try to land the fly. When I couldn’t come close to the spot Pat indicated, he would cast the line himself then pass the rod back to me. When I caught a fish, Pat would remove the hook, hold the glistening prize up in front of me so I could take a selfie then release the fish back into the river. After thirty minutes I had caught so many trout I started to believe that they were employed by the local Chamber of Commerce.

But it seemed silly to me to catch a delicious trout only to release it back into the river. It reminded me of those people at wine tastings who take a sip, slosh it around, then spit it into a bucket. “I honestly don’t care about catching any fish,” I finally said to Pat. At first he seemed confused, but then a look of relief came over his face. “You know,” he said, “a good day fishing has little to do with catching fish.” For the rest of the day Pat and I mostly forgot about overly cooperative trout and instead enjoyed the breathtaking scenery while discussing books, history, philosophy, and the mysteries of the universe. When the shadows grew long, we trudged back upstream towards the outfitters building. The river was shimmering under the pink sky and occasionally a trout would rise up to snap a bug off the surface of the water—a bug unattached to a hook and a line and a reluctant fisherman who was having an amazing day.