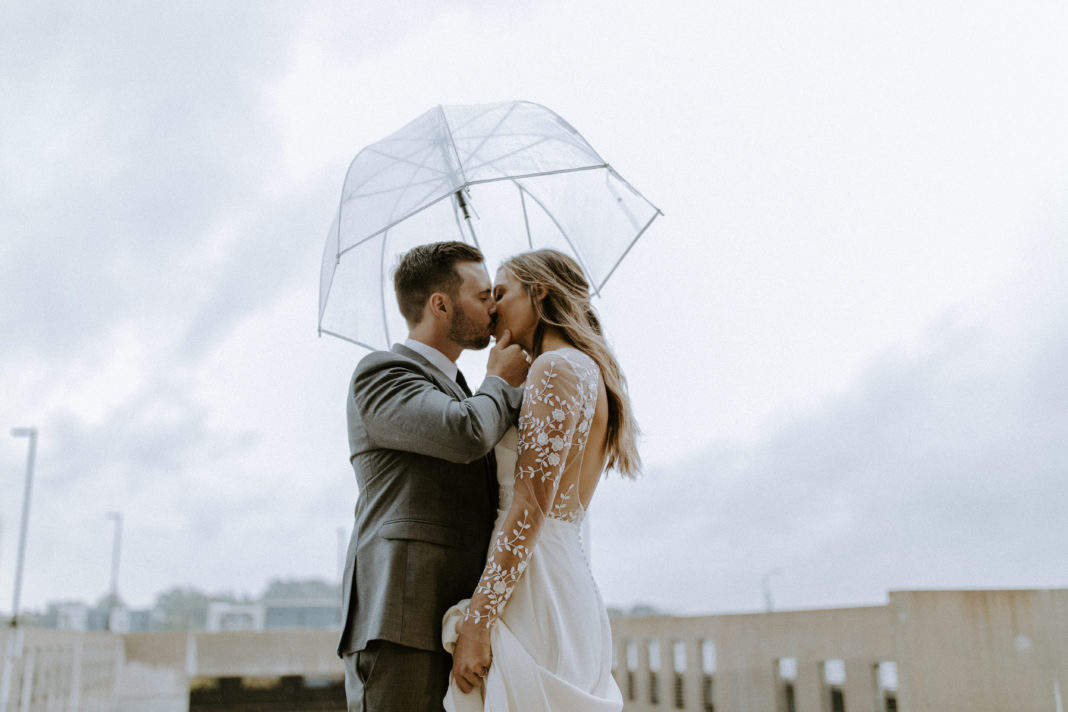 After graduating from the University of South Carolina, James (a Delaware native) found a job and a house in the Upstate. That house happened to be in the same neighborhood as longtime family friends of Hayley’s, who thought the two would make a good match. Turns out they were right. Just over a year after James and Hayley were set up, the couple got engaged at sunrise at the top of Rattlesnake Ridge just outside Seattle. The photographer that James hired caught the whole proposal on film, and the two lovebirds celebrated the day with more photos and a trip to a local winery. Their ceremony at Avenue in Greenville was cozy and intimate, despite the raging winds from Tropical Storm Nestor bellowing outside. Given the weather, their first-look photoshoot, with Hayley in a Rime Arodaky gown, had to be in an empty parking garage, and all the unexpected glitches made the day even more entertaining. 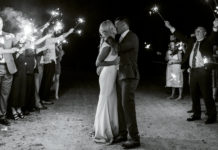 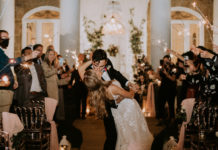 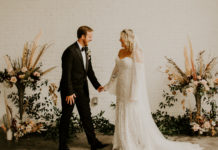