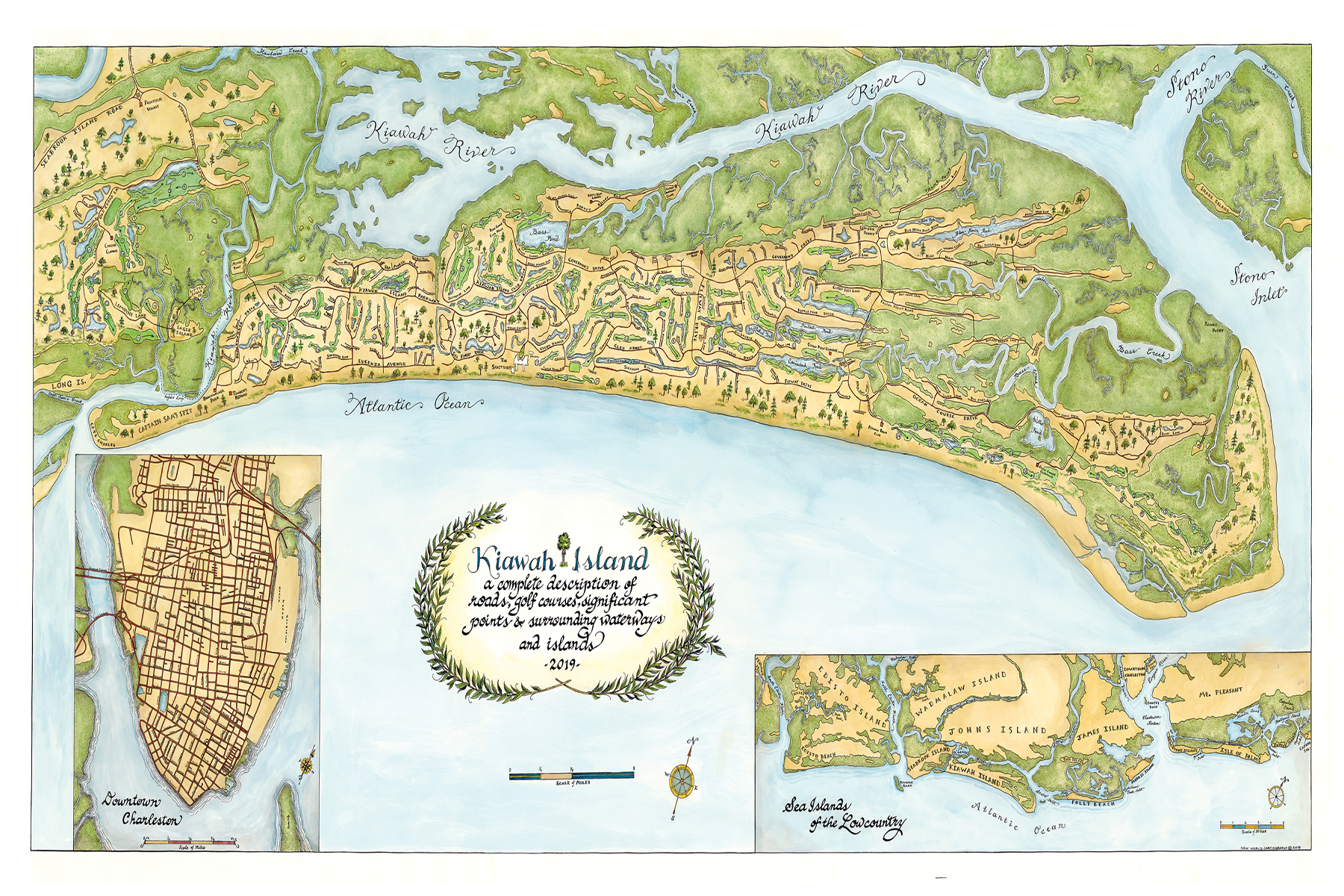 Books spill across Travis Folk’s work area as he looks for inspiration for his next project. The wildlife biologist is always on the hunt for material to draw a new map—draw being the critical verb that makes him a cartologist. “When you see almost any map today, it’s a computer-produced map,” he reveals. “It’s very accurate, very utilitarian, but it doesn’t have the look, flavor, interest, nor passion that a hand-drawn map has.”

Travis first noticed rich, colorful, hand-drawn maps while growing up in the Lowcountry. He frequently tagged along with his forester father, who used the detailed documents to maintain flora and fauna at area plantations. “They were beautiful,” he recalls. “They had wood ducks, Cyprus trees. You’d give it to the plantation owner, and they would frame it and put it in the gun room.”

After earning his doctorate at Auburn University, and joining the family land-management business, he discovered map production had gone high-tech and low-color. He wanted to recreate the maps of old, but couldn’t draw. A friend introduced him to Tony Waters, a classically trained artist from Furman University. “We clicked,” Tony says reminiscing. “He had visions of maps in his head, and I had always loved traveling and studying maps. Our visions synced, and he gave me free rein in adding elaborate title blocks, compasses, etc. It’s a true collaborative work of art.”

Since forming New World Cartography in 2015, the men have sold hundreds of highly embellished, artisan maps. Featured locations include “Revolutionary and Civil War Fortifications of Charleston Harbor,” “Historic Wards of Savannah,” and the “Boroughs of New York City.” Other maps showcase items of interest, like “Oysters of North America” and the various wildlife that Travis loves. “Last year we did a map of ducks of the United States,” the mapmaker shares. “We showed ducks drawn all around the perimeter. We had migration flyways and we had all the waterfowl habitat areas in the Lower 48. Right now, we’re working on a map of quail and grouse.”

Many maps are framed in reclaimed heart pine, built by the third member of the NWC team, Mark Seigler. Originally, Tony hand-painted every map, but to keep up with demand, the trio is starting to produce giclée prints of originals. They also create commission maps that have been about half the team’s work. Travis explains, “We’ve created things as small as a 3-by-4-inch map for a beer bottle label for a Charleston brewery, to a 9-foot-by-14-foot map for a foundation in Beaufort. It was tremendous. We drew it full-scale.” 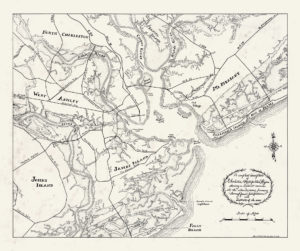 The creative process usually includes referencing old maps, new aerials, and Library of Congress files to capture the proper font and colors. “We spend a lot of time on the small details,” Travis confides. “We go through different color palettes, different hues, to make sure they are just right. That they’re organic and not artificial in color.”

The team believes that by creating this art that delivers spatial information, they’re preserving the craft of cartography for another generation. “It’s a passion,” Travis says. “We’ve been hand-drawing maps for a number of centuries and they’ve carried us around the globe for hundreds of years. I’d hate to think hand-drawn, traditional cartography just disappears.”

To explore their gallery of maps, visit newworldcartography.com.