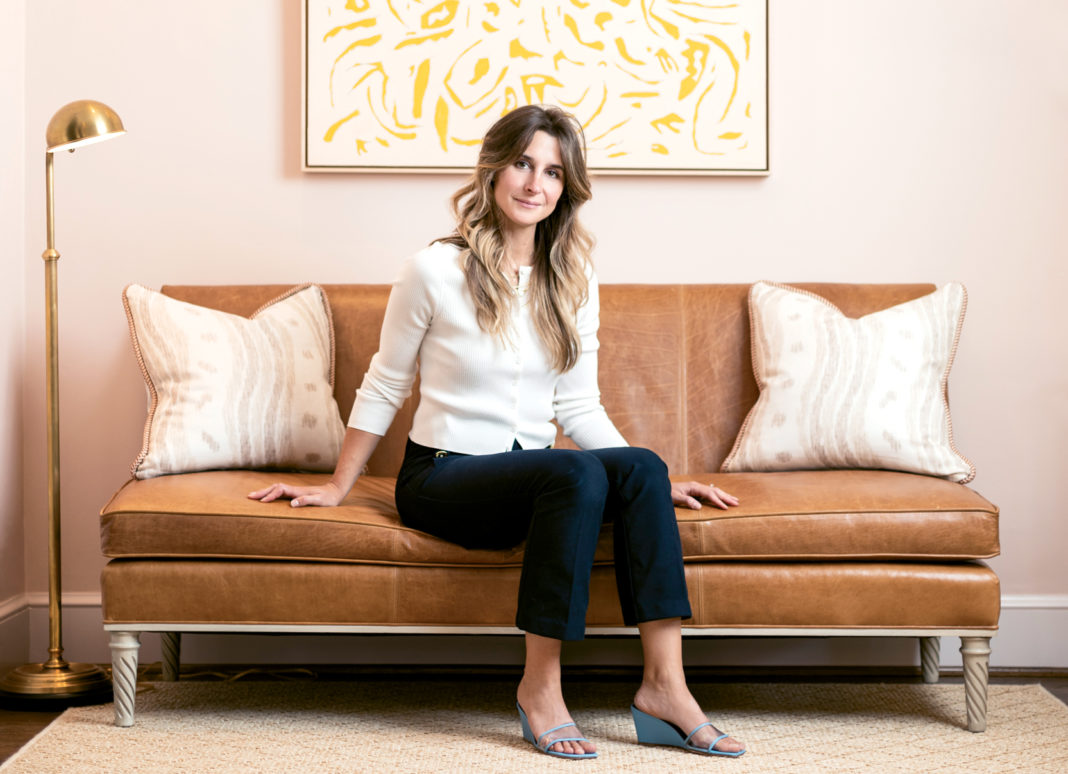 You know that sixth sense you get when you walk into a home and it either gives you that warm glow or conversely the borderline willies? Interior designer Whitney McGregor sure does, and as a self-described “house person” she imbibes the energy of a house much like one does the love of one’s life, say. Her former North Main home, with her designs, landed in the pages of Southern Living in 2018, and we doubt it’ll be the last. A recent renovation includes a mountain cottage in Highlands, North Carolina. And while a quick flip through Architectural Digest might make you think that luxury designer brands are where it’s at for good style, it’s not the case for this self-taught designer who loves the “dynamic tension” of mixing high-end and lowbrow pieces. So embrace your flea-market finds, surround yourself with the things you love, and seek out what makes your home a “sacred space,” as McGregor says—because, if this year has taught us anything, it really is.

Your work speaks for itself—you have a gifted eye for design and you are self-taught? I am self-taught, yes. My mom was always dabbling . . . I was raised by a single mom, and she was very creative. She’s still my favorite collaborator, and we were always looking at furniture and fabrics and doing projects. My great-grandmother was a sculptor and an artist, and my great-uncle was a fashion designer in Los Angeles. So we always had kind of that influence. My mom would take us to Chicago to see the Monet exhibits. At the time I hated it.

I was about to ask you if you actually enjoyed that. The furniture part I always loved, but going to the Monet exhibit or walking around Washington, DC, when it was 105 degrees in July, going to every single art museum, was like, ‘Mom, we will kill you!’ But now I’m so grateful that I had all of those influences because they all really shaped my vision.

What age are we talking at this point? It was from the very beginning—my first really strong memories are around seven or eight, but we traced my first memory of a room back to when I was four years old. It was my uncle’s loft apartment in Cincinnati. So I definitely always had my eyes on interiors. Then, when it came time to pick a career path it was one of those things that—and I hear this from people that end up in the culinary world—it was just something we always did. It was so much a part of our family that I never thought I could make a career out of it. It’s just something that you did every day. I kind of accidentally ended up doing it. There was a lot of art growing up. It was just kind of what we did on the weekends. That’s sort of my education, aside from a brief stint in France where I studied fine art and painting in college.

I’ve succeeded when a friend comes over for dinner to a client’s house, and they say, ‘Oh my God, this is so you!’ That’s when I feel like I’ve got it. I’ve failed if they come over and say, ‘Did Whitney McGregor do this?’ I don’t want it to be like that. Home is just super sacred to me. It’s so personal, and I just feel like a person’s home is their sanctuary.

How do you describe your style? I don’t really. I’m really a house person. It really has so much to do with the house. I’m a classicist, very much like a grandmillennial. I like classical forms. I’m very into Regency style. Super bold. Urns and florals and chintz, French antiques and English antiques. That’s huge for me. I’m not a mid-century gal. What I say is that I like to interpret my client’s vision through my own filter, because at the end of the day, they hired me for a reason. So I’ve succeeded when a friend comes over for dinner to a client’s house, and they say, ‘Oh my God, this is so you!’ That’s when I feel like I’ve got it. I’ve failed if they come over and say, ‘Did Whitney McGregor do this?’ I don’t want it to be like that. Home is just super sacred to me. It’s so personal, and I just feel like a person’s home is their sanctuary.

So how do you create that if some people don’t have the notion, or even the means to hire you? What are some tips to make their own space more sacred? I would say don’t worry about trends so much as things that make you feel good and make you smile—even if it’s a five-dollar thrift-store painting. Or something small or given to you; I just think it’s important to be surrounded with things you love, even if they aren’t on trend.

Also—I say this to people and they laugh—make your bed! It’s such a small thing, but you know what, it’s so nice at the end of the day to enter a made bed. When you walk into your bedroom, the bed should be presented to you. So those are simple things that anyone can do.

You don’t mind mixing the high and the low. I love that. You get your best end result. It creates so much good tension, and it’s so dynamic. When I bring in a thrifted side chair, everybody reacts to the tension it creates, and it’s a good tension. You’re creating energy between something new and something old, and how they contrast against each other creates a feeling. So I think it’s so important, and I don’t care where anything comes from. I mean, you go to High Point [North Carolina], and you can get a million sources, but what excites me most is antiques and used things. That’s probably the same reason why I love old houses.

How did you design the house in the Highlands (called the Halsted House)? It’s a very scaled-down mountain cottage. There’s a lot of wood paneling. I always just wanted it to be really comfortable and just like Grandma’s house. We just had some people from Chicago staying last week and she said, ‘I’ve never stayed anywhere beside my own [home] where I was so comfortable.’ I just felt like that was the biggest compliment because that is always what I’m going for. No matter the style, I just want it to be so comfortable.

Portrait by Eli Warren. Find her on Instagram at @whitneymcgregor 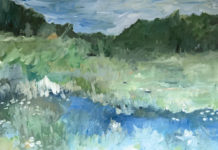 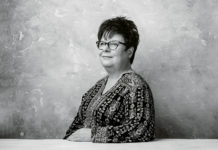