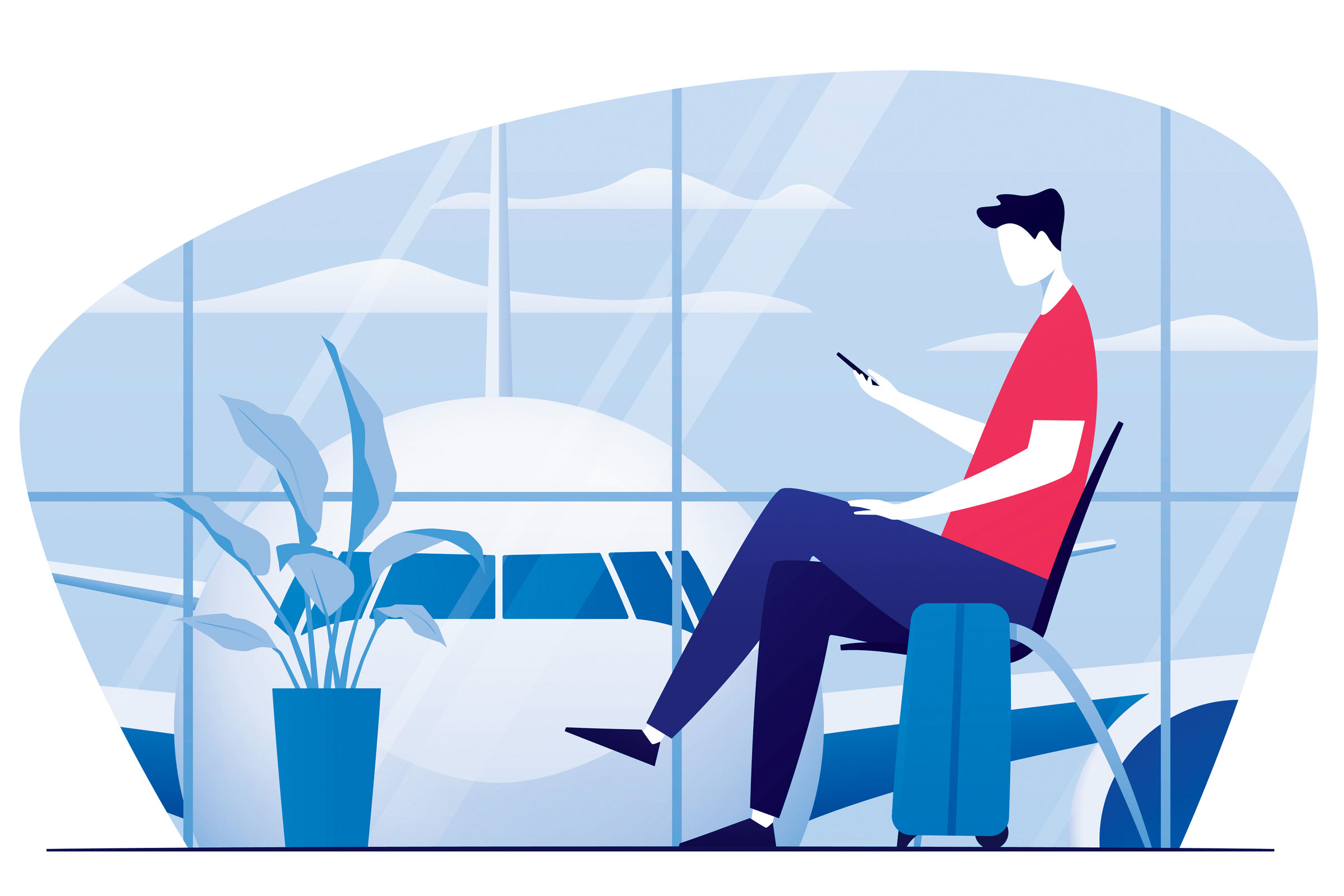 Last spring, I was at the Dallas airport waiting for a flight to Greenville. Bad weather across Arkansas and Mississippi had delayed many of the eastern-bound flights, and I found myself with two hours to kill. At the gate, my fellow travelers passed the time flipping through magazines or staring blankly at their phones or tablets, but I busied myself with one of my favorite hobbies: judging people.

For years, my daughter and I have played a game where we covertly photograph interesting people in public areas and then message one another the images. It’s a sort of scavenger hunt with a point system based on the rarity of the find. Some targets are easy, such as “woman in airport terminal wearing pajamas and Uggs” and barista with handlebar mustache and neck tattoo,” which are both worth only ten points each. The scores start to climb with finds like “mom dragging crying toddler on leash through grocery store” and “senior citizen on electric scooter at Chick-fil-A drive thru,” fifty points each. The highest score so far is two hundred for “man in teal romper eating Mexican street corn while riding a bicycle,” which my daughter spotted on a sidewalk near her house. It should be noted my daughter lives in Portland, Oregon, so her hunting grounds are considerably fertile.

“For years, my daughter and I have played a game where we covertly photograph interesting people in public areas and then message one another the images.”

As I wandered through the Dallas airport looking for potential subjects, I stopped at a newsstand for a bottled water. At the checkout counter, I spotted a middle-aged woman in a pink tracksuit with the word Juicy written in elaborate script across the seat of her pants. It wasn’t a great find, and I wasn’t even sure if I wanted go through the whole elaborate, “I’m pretending to talk on my phone, but I’m actually trying to aim it in your direction so I can secretly photograph you,” routine. But before I could decide whether or not to snap a photo, the woman walked away. A moment later, as I approached the counter to pay for my water, the Juicy woman returned and pushed her way in front of me.

“This was supposed to be $3.30, not $3.60,” she said, while holding a granola bar inches from the clerk’s face. “You owe me thirty cents.” In the old days, a clerk would have the authority to push a “no sale” button on the register and quickly correct the overcharge, but in today’s world a thirty-cent refund involves roughly the same amount of paperwork required to rent a car. As the clerk and the Juicy woman argued over the refund process, the boarding announcement for my flight echoed over the PA system. Feeling rushed, and in an effort to be gallant, I placed a quarter and a nickel on the counter and proudly declared “problem solved.” The Juicy woman turned and glared at me as if she were in the throes of passing a kidney stone. I gently put my water back in the cooler and retreated to my gate.

Twenty minutes later, I boarded my flight and started trudging through the hundred-yard obstacle course that separated me from my seat at the back of the plane. As I passed the first class cabin, I saw the Juicy woman sipping a glass of white wine while lounging in her large, cozy window seat. I quickly put my phone to my ear to try to snap a clandestine photo of the pink demon, but then I noticed her phone was up to her ear, and the camera lens was pointed in my direction. Was she trying to capture a photo of me? Had the hunter become the prey? I quickly shook away the thought. The kind, handsome man making his way to basic economy while taking surreptitious photos was hardly worth the effort. I’m a measly five points at best