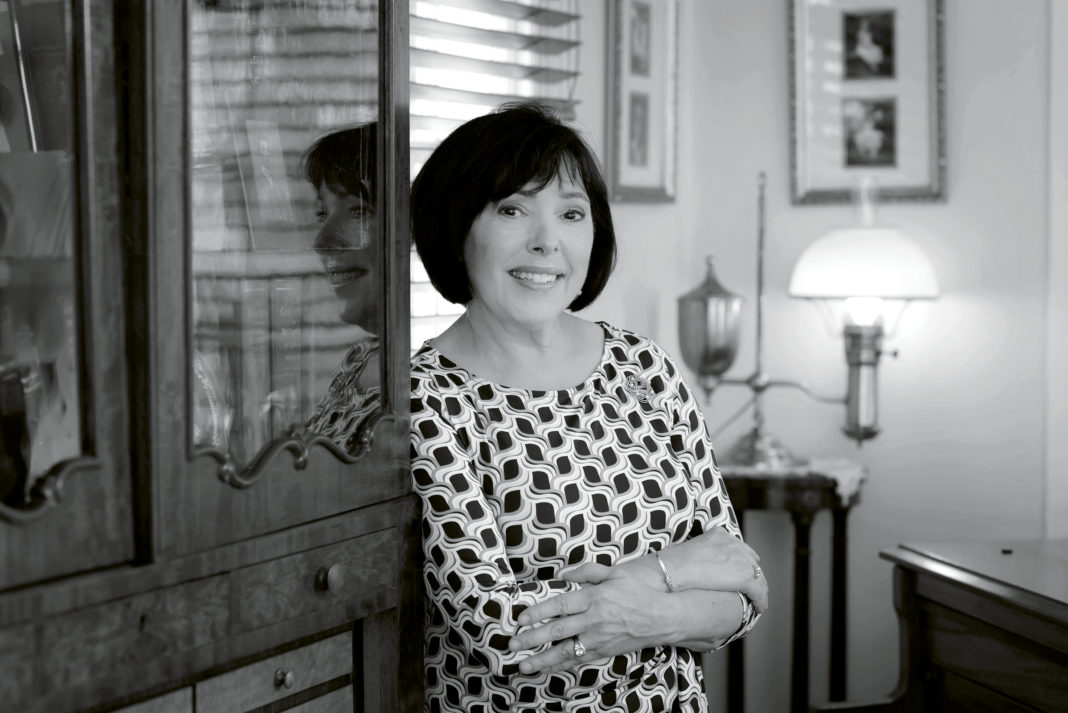 The day before Eli’s third birthday, in early morning with the heat yet bearable, Mama and I dug in the soil along the stepping stones to our front door. She wielded a spade and I dug with a spoon. On June 4, it was late in the season to plant summer flowers, but I wanted them, and my mother surrendered. The day before—Mama has told me the prophetic story many times—I picked a stalk from white, feathery wildflowers in the corner of our lot and walked across the street to show Mary Lily. My aunt was working among her flowering perennials—phlox, columbine, and salvia—the names exotic and the blossoms alluring.

“Oh, Adeline,” she exclaimed, “you have Queen Anne’s Lace blossoming early this year. There’s not a wildflower that grows more beautiful.” I imagine her sweeping her arms open in that way she has, as though she is gliding through water.

She told me then a legend of the dark purplish red in the center of Queen Anne’s Lace. That it formed when a magic queen spinning lace petals onto the flower pricked her finger and spilled a single drop of blood. I was sad that such a lovely creation bore this stain, and she soothed me by saying the blemish was the heart of the flower’s beauty. I want to grow flowers like you, I told Mary Lily. That evening, she called my mother, and the next morning we made a trip to the garden store.

Some people can retain early memories, but for me, this is not true. For me, the day of the marigolds is my only detailed memory during the year when I was just over midway to my fourth birthday. I can close my eyes and still see the half-planted row of robust orange plants laid out along the stones—the only flowers I’ve ever known my mother to put into the earth. The other half remained undisturbed in their little plastic cartons.

I am exactly seven months older than Eli. My birthday is November 5. Had I been born several days earlier, I would have been a grade ahead of my cousin. Instead, by missing the November 1 deadline, I was the oldest in my class. Those few days connecting Eli and me according to grade we thought a fortune of fate. It was our parents who put the idea in our young heads, for they knew how a moment changed everything. How devotion might be born from catastrophe.

I was patting dirt around a seedling while Mama held the fragile stalk steady when a loud and alarming cry shook us from our task. We looked up to see Pot—he’d been working in the yard—run from the side door of the Winfield house with Eli in his arms. Mary Lily stood on the front porch watering ferns, and I watched her wide skirt fan out into a circle as she nearly stumbled in her haste down the white wooden steps toward Pot. Her straw hat flopped down low over her forehead.

Mama pulled off her gardening gloves, and I tried to dash across the street, but she caught me.

“No, Delia,” she said. Her hands were tight on my shoulders.

“Something’s wrong with Eli,” I wailed.

“Whatever it is, we don’t need to hamper them,” she said. My mother shoved the new gardening gloves into the waist band of her blue, checked pedal pushers. I liked seeing my mama relaxed in her pedal pushers because in those days she nearly always wore a dress. She wasn’t so fixed up as June Cleaver, but she did wear, perpetually, the same shirtwaist dresses, cinched with a narrow belt, coupled with an apron around her middle.

Mama took my hand. Hers was damp. Together we hurried to the edge of our front yard, close enough to hear, but we did not cross the street.

Pot had caught up to Mary Lily at the bottom of the steps. We were in hearing range, but he talked so fast I had to grasp at phrases. Pot Hawkins works for the Winfields, but to say he’s their gardener hardly begins to identify his place in their world. His family has been connected to Mary Lily’s family maybe since the end of slavery. All I know is he and his mother Caro have lived in their little house out in the country on Lauderdale land all my life.

“That Red Devil Lye in the Coca-Cola bottle Mr. Gene done left on the back stoop,” I heard him say. “For them balloons.” And then for a while I could not follow the words until I heard, “Mister Eli drunk some of it.”

I heard Eli breathing, even from across the street. I thought he was choking because his face was contorted, his cheeks sucking in.

“My God. Oh, God. Help me, Pot. Get Ellison into the house. Milk. He needs milk,” Mary Lily screamed.

My mother began to run toward our house, pulling me by the hand.

“What is Red Devil Lye?” I sputtered as I slipped and staggered alongside her, trying to keep my arm in its socket. But she didn’t answer.

Inside the house, she made a call and I heard her say the name of our street. Then she sat with her head in her hands.

“What is Red Devil Lye?” I asked again.

“It cleans drains, but my brother must have been using it to blow up balloons for the party.”

“I’m sorry, baby,” she said, and smoothed my hair. “I can’t explain it. I have to be quiet and think what to do.” She picked up a pencil and paper and began to write.

The next thing I remember was the deafening shriek of the ambulance siren and Mama jolting from her chair. Again, she grabbed my hand and began to run. I kept up better this time, and unlike before, we crossed the street. Yet, we stood back, waiting.

I watched terrified as two men in white, waist-length coats brought Eli out on a stretcher. His arms bent in at the elbows and stuck out like wings. I saw his mouth opening and closing and then he vomited on himself. I heard him heaving. One of the men took the bottom of the sheet covering Eli and wiped away the yellow spew.

Mary Lily hurried behind the stretcher but before she climbed into the ambulance, she looked toward Mama. She was crying while she talked. “Call Dr. Crawford and tell him we are on our way to the hospital in Columbia, not Green Branch.” My mother and about everyone else in town worshipped Dr. Crawford. He had stayed with my mother the whole twenty-four hours she was in labor with me, napping on a cot nearby.

As a child I loved our doctor, but I feared him, too, for visits to his office often resulted in a painful shot of penicillin. Even with a temperature of 103 degrees and a throat so swollen with pus I could hardly swallow without tears, I was never so sick that I didn’t dread the needle burning into my hip. So at the mention of Dr. Crawford, I knew Eli must be very sick. 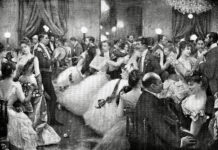