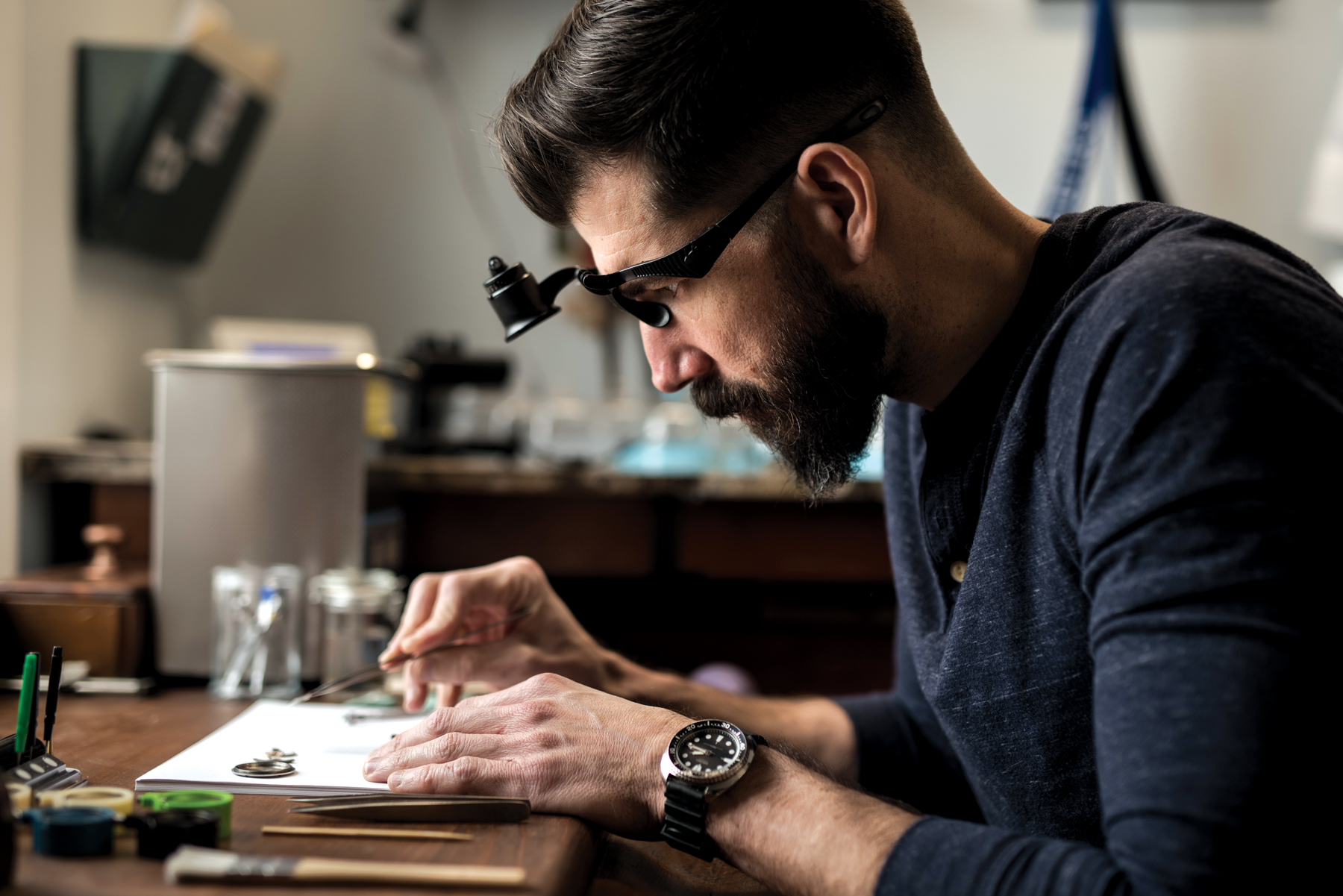 Consider the wristwatch. In this day and age—that of hyper-accurate atomic clocks and multi-functional smartphones—the mechanical watch is neither the best, nor most versatile tool for timekeeping. The wristwatch, in an ironic twist, has become an anachronism.

So then, if not utility, what good is the wristwatch? From the Omega on James Bond’s wrist or the glitz and glam of Baseworld jewelry show, style and prestige seem like good bets. It’s a signifier of taste and wealth.

And that’s what makes Seth Roberts, the founder and watchsmith behind Hub City Vintage, such an interesting specimen. The young father of two has built his business completely around servicing and restoring vintage Seiko watches. In simple terms, Roberts is a fresh face in a centuries-old industry, and he’s chosen to work specifically on old watches from a lesser-known brand.

This, of course, begs two questions: Why watches? And why vintage Seiko?

“My dad was in the jewelry industry, and I grew up in and around that business,” Roberts says. “I always had an affinity for watches. When I was a kid, if I had extra money, I always wanted to buy a watch.” A child of the ’80s, Roberts grew up squarely in the digital age. He was enthralled by Casio calculator watches and Citizen windsurfing watches. “It was all this science on your wrist, and you got to take it everywhere with you.”

Roberts’s enthusiasm for watches grew up with him, and he soon followed his father into the jewelry profession. There, he apprenticed and learned from other watchmakers. The more proficient Roberts got, the more complex the watches got—and the more intrigued he got. “Watches are a small puzzle, and when everything comes together right, you get this machine that tells time. It just fascinates me.” Roberts’s obsession with watches meant he worked on them as a hobby, which is what led him to vintage Seikos.

Photography by Will Crooks.

A friend brought him a non-functioning Seiko chronograph (reference model 6139) to see if Roberts could get it running again. “It was the first 6139 I broke down, and I was blown away by the engineering in this watch,” he says. “All of Seiko’s manufacturing is vertically integrated. Everything they built for their watches was done in-house. They didn’t outsource anything. The only other brand that does that is Rolex.”

It wasn’t just the precision engineering, either. As Roberts delved deeper, he came to appreciate the holistic design principles (known as The Grammar of Design) that govern Seiko’s catalog. “I always liken it to the Birds of Paradise,” he says. “They have no natural predators, so they’ve just evolved to attract a mate. They just get prettier. And that was the watch game in the ’70s. Everyone was just trying to create these immaculate looking watches.”

Before long, Roberts was known across the Internet as the go-to guy for servicing and restoring vintage Seikos, and he had more work than he could handle. On top of his full-time job at the jewelry store watch department he managed, he was working late into the night on his hobby. Around Christmas of 2014, he decided to turn his side hustle into a full-time venture.

“As much as I loved selling Rolex and working with other great brands, getting to take something that was useless before—maybe it was sitting in a drawer for 40 years—and bring it back to life fulfills me,” he says.

There’s another added bonus of working on vintage watches: they’re unique. “Guys don’t get a lot of accessories,” Roberts says. “Besides my wedding ring, I only wear a watch, so I want it to be the coolest watch it can be. For me, that means it needs to have a good story. There’s something about wearing an older watch that has a history linked to someone important, whether it’s a family member or someone in history.”

Take the first 6139 Roberts worked on. Among aficionados, that watch is known as the “Colonel Pogue,” named for Air Force Colonel William Pogue, who piloted the Skylab 4 space mission from 1973–1974. “When he was training, he went to the PX and bought this Seiko chronograph. He trained for six months—timing engine burns—using that watch,” Roberts says. When it came time for Pogue to launch, he was issued a NASA–approved Omega Speedmaster, but he snuck his reliable, familiar Seiko onto his spacecraft.

It also helps that vintage watches are rare, simply by virtue of the fact that there aren’t as many of them around anymore. “I like that it’s something not everyone can have,” Roberts admits.

Although Roberts is working with watches that are, in some cases, more than 50 years old, he’s taking a page out of contemporary streetwear and sneaker trends by releasing restored watches in “drops.” Every few weeks, once he has a dozen or so watches ready, he announces them as a capsule collection via email newsletter. Then, he “drops” them all at once on the Hub City Vintage website, where they are snatched up by eager collectors.

Roberts is a fresh face in an old industry, working outside the halo of luxurious brands, but that doesn’t matter. He is an enthusiast to his core, and that enthusiasm is feeding new energy and appreciation into that very industry. 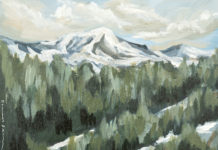 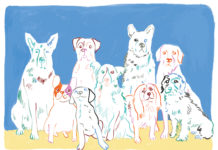