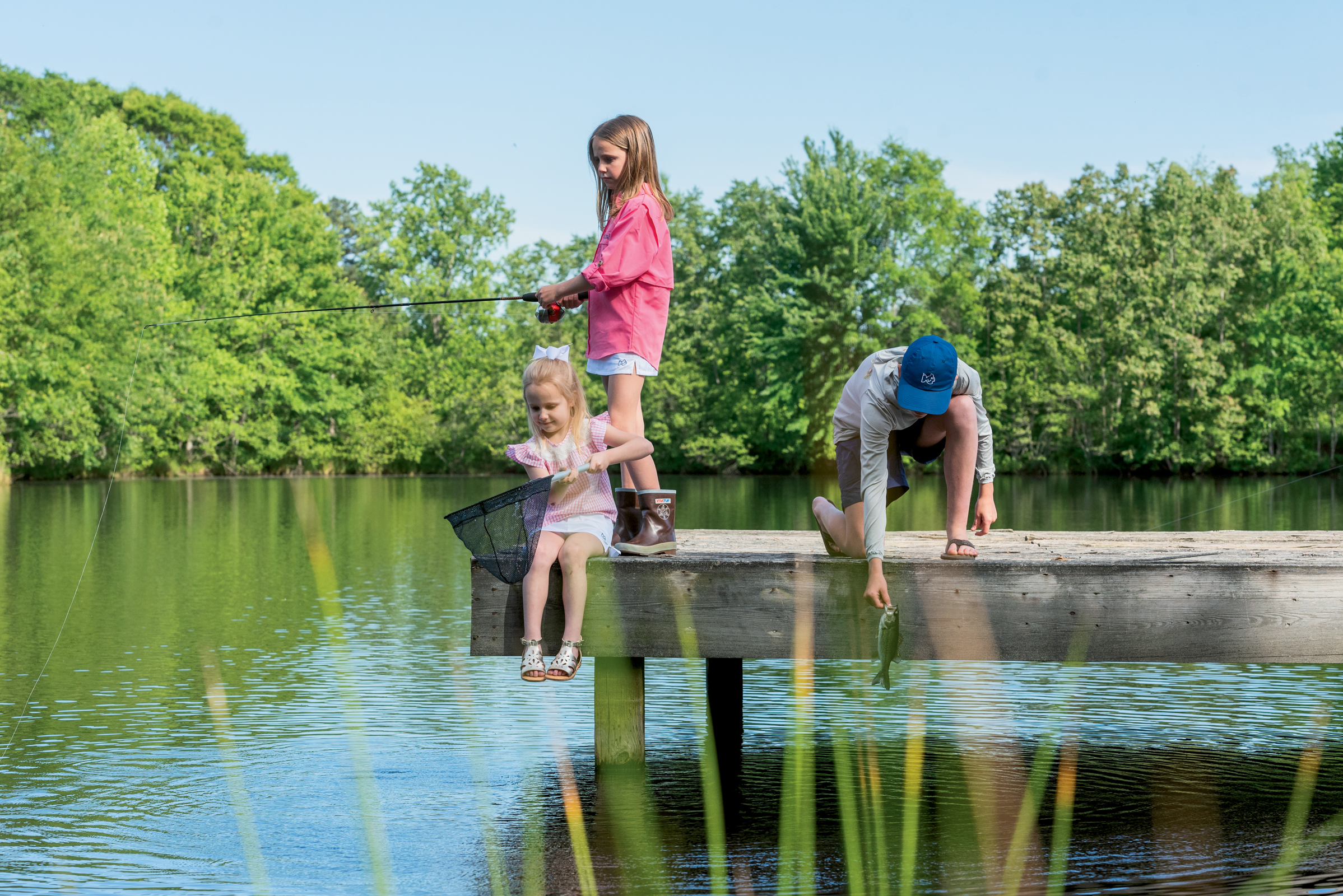 Picture, if you will, two fishermen sitting in a boat and deciding with a shake of their hands to form a start-up venture that produces functional outdoor apparel for boys and girls. Although this might sound like an obscure lead-in to a yarn about “the one that got away,” it’s the actual, abbreviated narrative of how Greenville residents Evan Proffitt and DJ Doherty launched PRODOH, a lifestyle-clothing company that caters to children and seeks to foster within them a love of the great outdoors.

“It’s not the sporting aspect that we’re primarily referring to when we say a love of the outdoors,” says Proffitt, who was born and raised in Greenville but spent his early years in Hilton Head. “It’s truly being outside. Fishing, boating, hunting, riding bikes—something great happens just by walking out your front door. Fresh air and no technology. Outdoors equals freedom.”

That affinity for being in nature fueled the creative inspiration for PRODOH (the name is derived from the first three letters of each last name), the seeds of which were sown two months before that seminal day on a lake in 2009. It was then, after searching high and low for a fishing shirt for his son, that Doherty discovered there were no such garments to be found. Anywhere. 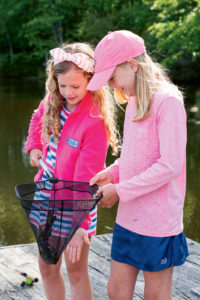 “Odds were that if we couldn’t find what we were looking for with the quality required to protect our children, we weren’t the only ones,” recounts Doherty, who was also born and raised in Greenville. “And if there wasn’t a good solution, why couldn’t we provide one? After talking through it several times in amazement about the empty niche, we realized that the lack of options was only for children—everyone else had focused on adult outdoor clothing. We saw a chance to share not just a clothing line, but what that clothing represents: promises, passion, perseverance and being present.”

After getting the go-ahead from their spouses, Proffitt and Doherty—neither of whom had ever designed a stitch of clothing—set their plan into action, and by 2011, they had prototypes for a fishing shirt and shorts in hand. Soon after, they ramped up production and secured their first retail partner, The Grey Goose in Greenville, before convincing their wives to take over the company and grow the business.

“In 2012, we distinctly remember the boys communicating to us that it was time for us to step up to the plate,” explains Stacey Doherty, who now oversees sales and customer service for PRODOH. “Thus began what we refer to as our ‘pavement era.’ Mell [Proffitt] and I literally hit the road most weekends, going from store to store with our products, unannounced and, more times than not, unwelcomed. But we were lucky to pick up a few stores in the Carolinas, which gave us momentum going into our ‘market’ era.”

The first few years proved challenging. Working out of the attic at the Proffitts’ house, Stacey and Mell learned to navigate the complexities of projecting sales, managing supply chains, expanding the product line, and serving a growing customer base. But by 2014, Mell says PRODOH was “rocking and rolling,” having added sales reps and established partnerships with nearly 100 retailers throughout the Southeast. Later that year, the friends-turned-entrepreneurs moved out of the attic and into an office and showroom on Pleasantburg Drive in Greenville.

Today, PRODOH offers an extensive selection of seasonal apparel carried by more than 200 retailers. The company also has a burgeoning online business and permanent showrooms in Atlanta and Dallas, with hopes to eventually open stores in New England and on the West Coast.

Over time, the product line, which is designed locally and manufactured in Wellford, South Carolina, and China, has grown, as well. PRODOH now produces a robust array of children’s clothing and accessories (sizes 3m–14) in styles that Mell defines as “classic, effortless, functional, understated, and comfortable.” The company has also added a limited but increasing number of women’s pieces and, in time, will introduce apparel for men, tweens, and teens, as well as accessories for the entire family.

To further capture and preserve the Southern spirit that characterizes the brand, PRODOH forged a partnership with local artist Marquin Campbell, who’s currently creating custom artwork for the spring and fall 2021 lines that incorporates painterly stripes and patterns. Rhem Galloway, a graphic designer and founder of Greenville-based marketing firm TODEM, has also provided artwork that lends itself to creative elements in the clothing, including the fish designs for T-shirts for past and upcoming seasons.

Looking ahead, both Stacey and Mell envision a time when their children, all of whom “took to outdoor life like a duck takes to water,” as Mell describes it, assume the reins of PRODOH. And, perhaps, they’ll pass along to their own sons and daughters a love of the outdoors and the tradition of getting out and active as a family. “Our kids grew this business with us from the ground up,” Stacey says. “They speak ‘PRODOH.’” It’s a language of legacy, a commitment to connectedness for generations to come. 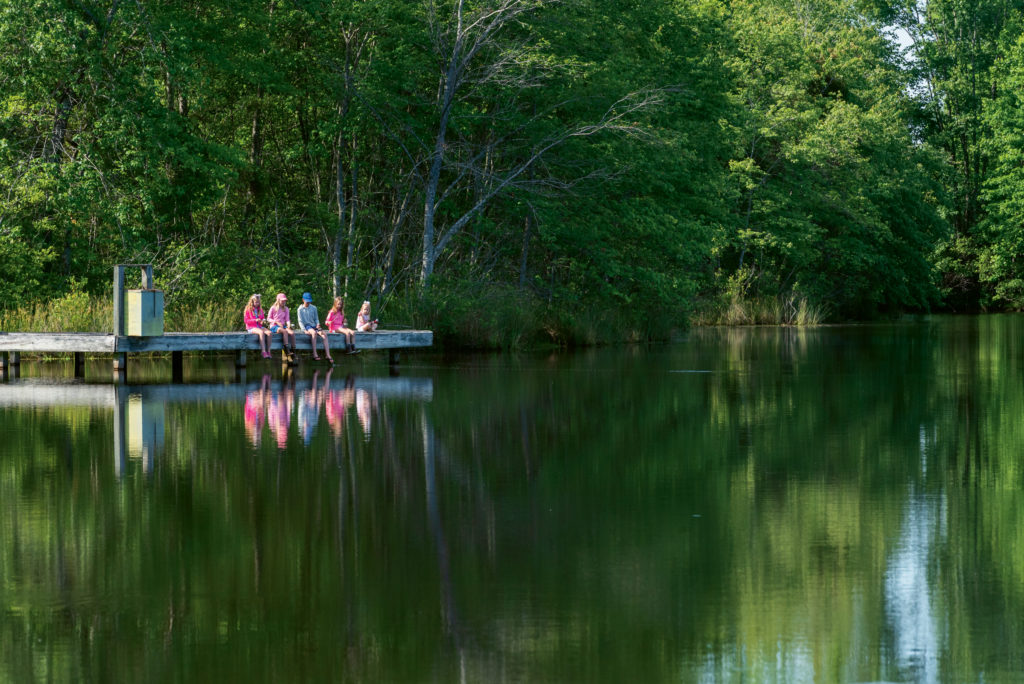 Photography by Chelsey Ashford. To find a retailer that carries PRODOH or to order online, visit prodoh.com. 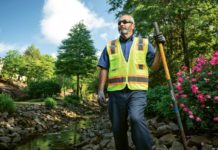 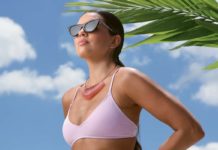 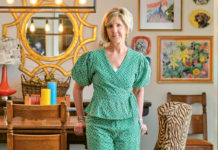