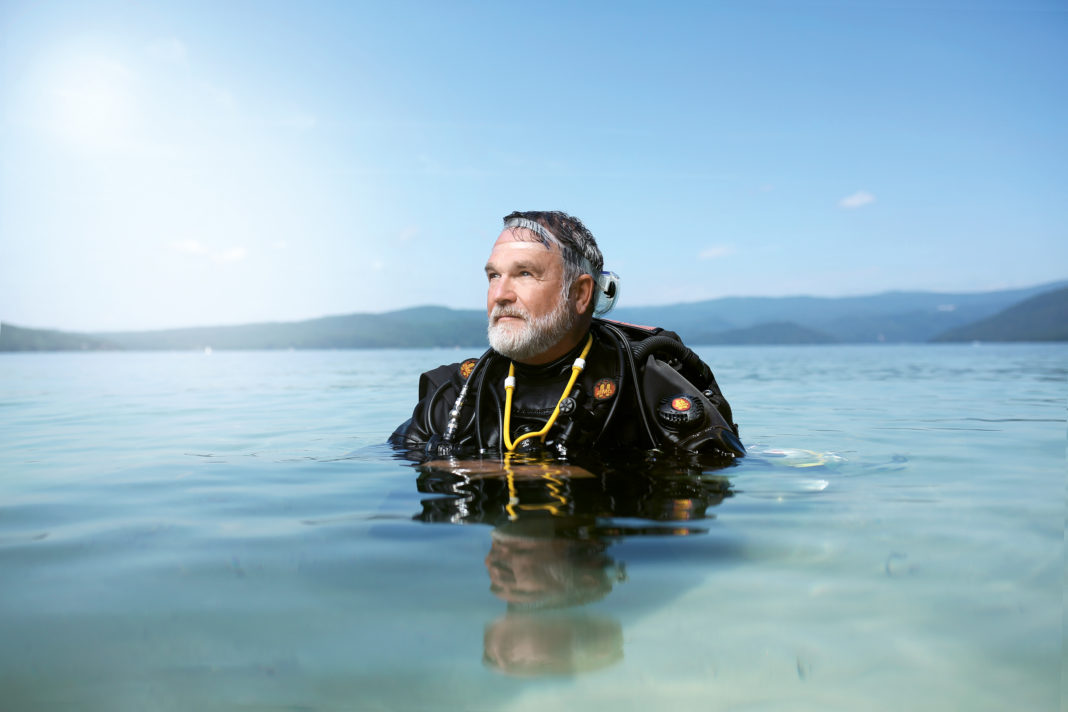 It seems almost providential that Bill Routh was born just five days after TIME magazine published an interview in which famed maritime explorer Jacques Cousteau suggested that submerging oneself in water allows a person to achieve a heavenly sense of freedom.

Whether or not the article’s timing was divine or the words hyperbolic is debatable and, frankly, irrelevant. What appears certain and completely apropos, is that Routh, a scuba diver who could be considered the “Cousteau” of the Upstate, experiences this buoyant liberation each time he plunges into Lake Jocassee in northwest South Carolina.

“It’s not of this world,” explains Routh, the 60-year-old owner of Lake Jocassee Dive Shop, Off the Wall Diving Charters, and Upstate Dock Repair & Diving Specialists. “Down there, it’s like having that dream where you’re flying, where you just hold your arms out and you’re floating, totally weightless. It’s an amazing experience to go under water and breathe and not sink to the bottom or float to the top.”

“Down there,” at least as it relates to Lake Jocassee, Routh has found far more than a feeling of weightlessness; it’s where, 320 feet beneath the surface, he’s uncovered pieces of the past that time and most people have forgotten. Among these vestiges are the remains of Whitewater Bridge, a steel structure that traversed the former Whitewater River, and Camp Jocassee, a private summer retreat for girls that was situated along the riverbank from 1921 to 1970. Routh made both of these discoveries in 2002 with the help of his friend Jon Royer while using a side-scan sonar to probe depths and identify landmarks that had previously proven difficult, if not impossible, to locate. 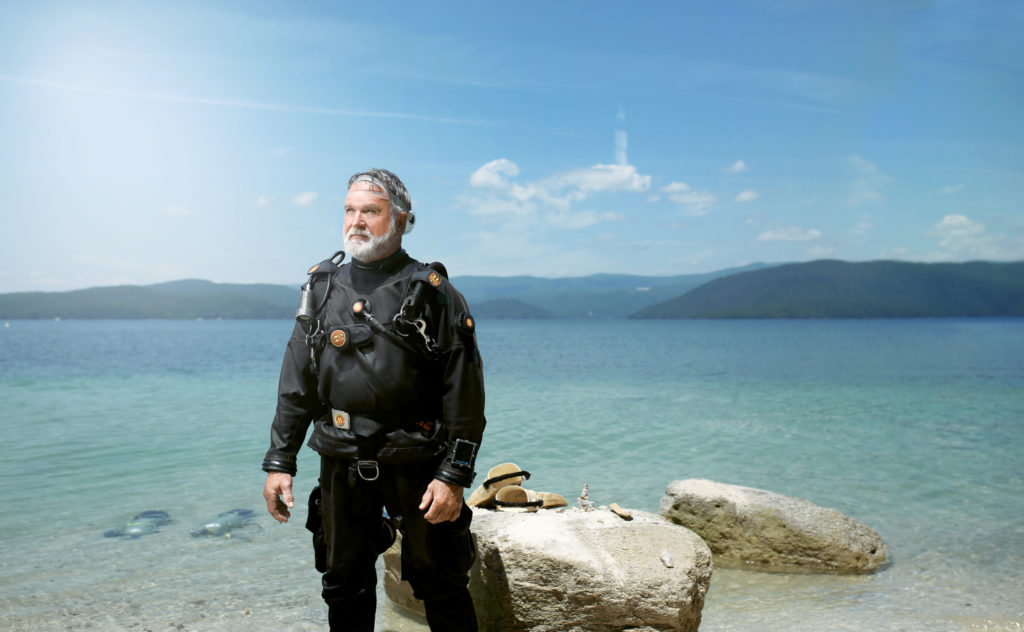 Then, as now, the camp and bridge provided a direct GPS-tagged link to Jocassee Valley, the quaint farming community that lined the shores of the Whitewater River until Duke Power dammed the waterway in the early 1970s. The ensuing floodwaters engulfed the entire region, drowning the tangible aspects of its history in the process. Eventually, the river’s flow stopped and gave rise to the 7,500-acre reservoir known as Lake Jocassee.

Two years after pinpointing Camp Jocassee and Whitewater Bridge, Routh made his most significant find to date: the Attakulla Lodge, a sprawling riverside cottage that operated as a bed-and-breakfast for 50 years. “It was a real surprise when we found the white picket gates on the girls’ camp, being able to go back and look at something that’s frozen in time,” Routh recounts. “But when we found an entire building (the lodge), that really took things to a different level.”

Following the initial Attakulla breakthrough in 2004, Routh spent several years piecing together the story of the lodge’s demise. Rumors and conflicting accounts swirled among locals, some claiming to have seen the entire structure floating down the river at one point; others vaguely recalled tales of select sections of the building being torn down. Unconvinced, Routh and a team of divers spent hundreds of hours watching live video, combing remnants at the bottom of Lake Jocassee, and debating theories before finally reaching consensus: Attakulla Lodge remained almost entirely intact just a few feet from where it had once stood.

“What we came to understand is that the building itself rose as the river started to back up and was [now] sitting on its banks,” Routh explains. “So as the lodge started to float from the effects of the water, the current kind of rolled it on its side.”

These days, Routh spends the majority of his time in, on, or around Lake Jocassee. He might be found leading a dive trip, tending to his retail shop, teaching an advanced-skills diving class, repairing a dock, or performing a salvage dive. Twice each year, on average, Routh also journeys down to Attakulla Lodge to unlock more of its mysteries. “I love my job,” he quips. “No two days are the same—there’s nothing ‘typical’ about it.”

Although Routh’s work continually changes, one thing remains constant: his love for the body of water he describes as “a little jewel in the mountains of South Carolina.” The lake’s intrinsic rhythms, coupled with the natural and manmade wonders that lie beneath, provide him with the sort of aquatic emancipation that Cousteau detailed more than a half-century ago. It’s a sensation that Routh, in his own way, is more than willing to help foster within any diver who ventures to Lake Jocassee in search of treasures that can be held in the heart rather than the hand.