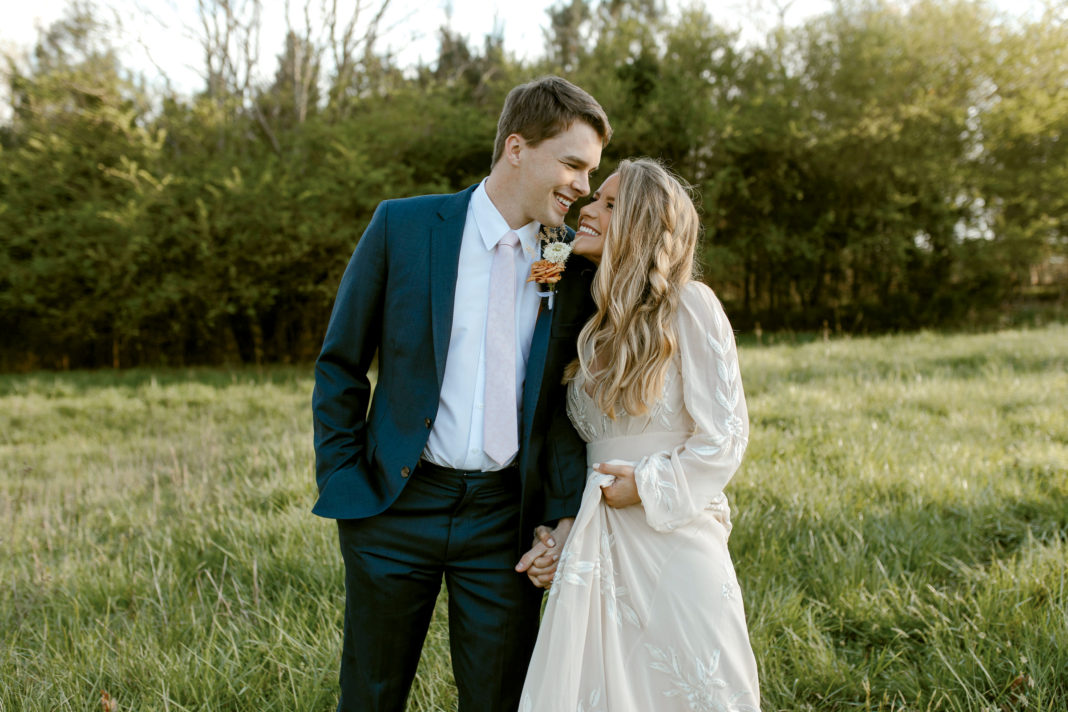 Maggie and Bailey were both sophomores at Anderson University when they met. From the beginning of their dating relationship, Maggie knew Bailey was the one. Three years later, during their senior year, Bailey organized a proposal that Maggie never saw coming. He’d convinced her he wouldn’t be proposing in the near future, but over spring break, Bailey visited Maggie’s parents to ask for their blessing, and began planning an engagement party with her older sister. On the night he proposed, it was just the two of them, dressed up for a dinner at Larkin’s in downtown Greenville. Before Bailey could shepherd Maggie down to the Reedy River, they sat down outside, and he dropped to one knee. After toasting the night over dinner, they finished the evening with friends and family. Their wedding day didn’t come off as they planned due to the COVID-19 pandemic, but it ended up being all they needed. In the backyard pasture of Maggie’s childhood home, dressed in a BHLDN wedding gown, she told Bailey “I do” under an arch handmade by her uncle. 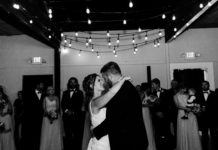