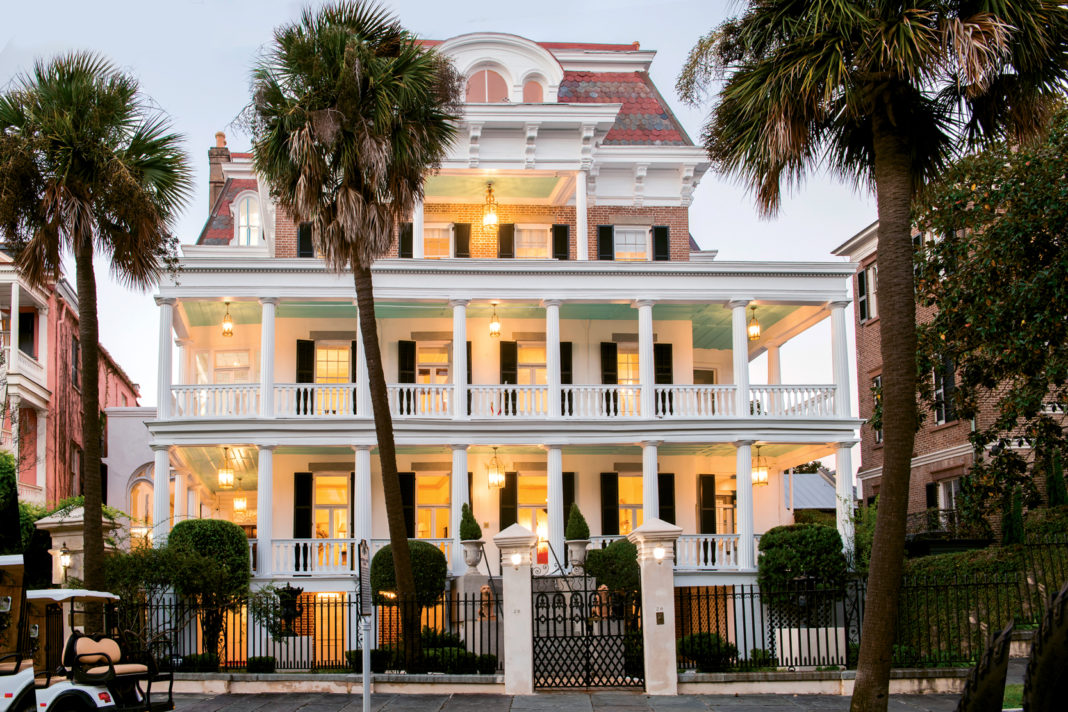 Wars, earthquakes, hurricanes. Those are just a few of the man-made and natural disasters that the stately home at 20 South Battery has endured since it was built in 1843. Like a plucky Charlestonian, however, the four-story brick beauty, which looks out over Charleston Harbor from its perch across from White Point Gardens, has endured gracefully through the decades.

Built as a private Charleston single house for broker Samuel Stevens in the prosperous years before the Civil War, the structure took on its current appearance after South Carolinian and Union colonel Richard Lathers purchased it in 1870. Lathers hired prominent architect John Henry Devereux to remodel the home in the Second Empire style. Among other changes, Devereux added the fourth story and the slate mansard roof, and created the enormous ballroom off the front hall, which Lathers used to host meetings between businessmen and politicians from the North and South.

While Lathers’s efforts to reconcile the two factions proved a failure, the ballroom did eventually gain note as the place where preservationist Susan Pringle Frost (whose family owned the house in the first part of the twentieth century) inaugurated the Society for the Preservation of Old Dwellings—now the Preservation Society of Charleston—in 1920.

Today the home’s current owner, Dr. Jack Schaeffer, a Charleston native, has adorned the ballroom with crystal chandeliers, period antiques, and eighteenth-century Flemish tapestries. “I think of myself as the Great Gatsby of Charleston,” says Schaeffer, who, like F. Scott Fitzgerald’s fictional character, envisions hosting social gatherings, chamber music concerts, and charity events within the ballroom’s walls. Guests can enjoy the ballroom’s splendor each evening, when wine and cheese are served here. 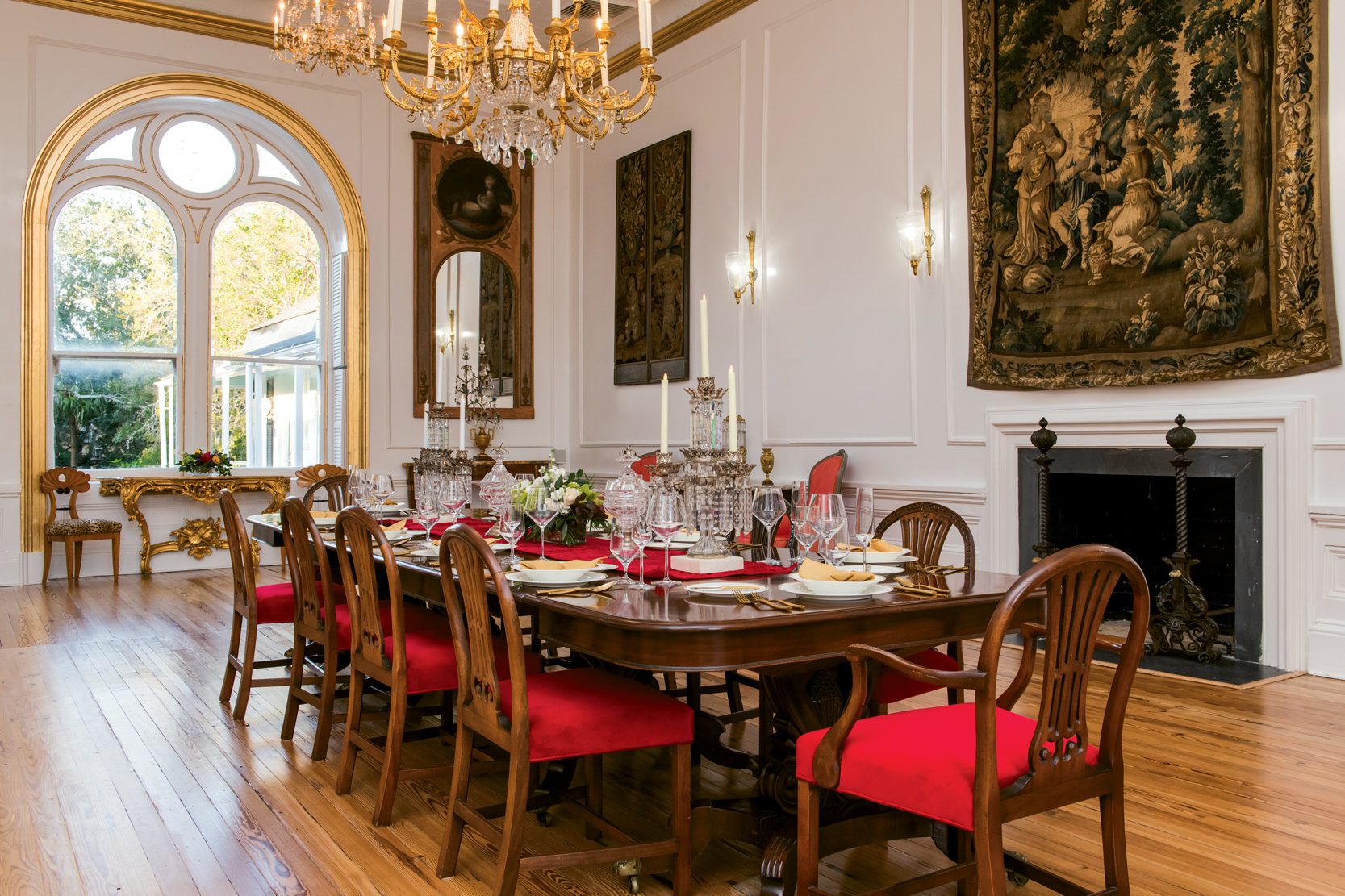 Schaeffer, who remembers frequently walking past the house as a boy, intended to live at 20 South Battery when he purchased it in 2018, but ultimately decided the home was too much of a historical gem not to share. Before opening the property as an inn last September, he spent two years restoring the house to its 1870s-era glory, careful to preserve original elements such as the intricate wood parquet floors in the parlor, the Italian mosaic tile lining the floor in the front hall, and sections of the hand-painted frescoes that once decorated the walls.

Thanks to a partnership with Charleston’s David Skinner Antiques, Schaeffer decked the public and guest rooms with fine antiques from around the globe, including furniture from castles and manor houses across Europe. “All of the pieces have a particular history,” notes the inn’s charming general manager, Abigail Batut, “and they’re all for sale.”

At bedtime, my husband and I ascend the graceful spiral staircase to the Lathers Suite on the second floor, where we sleep like literal kings in the hand-carved, four-poster “Raj” bed (we later learn it could be ours for a mere $58,000). All five rooms in the mansion are suites, as are two of the six rooms in the Carriage House, all of which have exterior entrances (if you don’t fancy spirited roommates, don’t rent rooms 8 or 10 in the Carriage House, which are reportedly two of the most haunted in the city). All the baths have been modernized with new fixtures and gleaming white-marble tile.

“This house is my passion,” Schaeffer proudly proclaims. You’ll understand why after you spend a night under its roof in lavish, Old Charleston style.